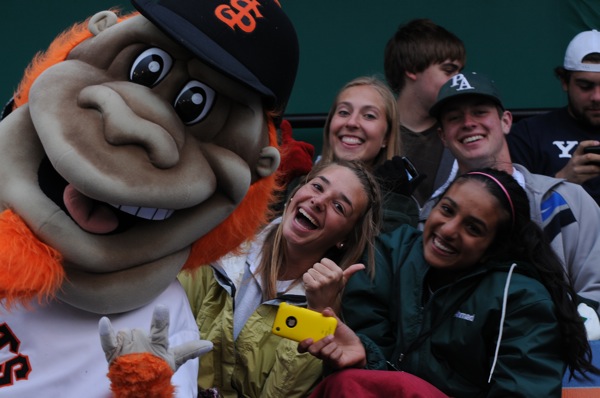 The Viking Magazine staff enjoyed an evening getting to know the San Jose Giant’s mascot; Gigante.

This past Monday May 16 was Palo Alto High School night at the San Jose Giants game at the San Jose Municipal stadium. Even though it was a cold and rainy evening, a few dedicated Paly students came out to show their support. 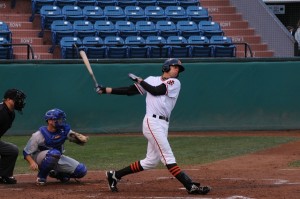 The Viking staff members along with a majority of the Paly baseball team were in the stands enjoying the food and making friends with El  Gigante, the San Jose Giants’ mascot. Early on in the night, the Paly football and volleyball team’s were honored with a short video segment followed by a ceremony honoring some of the athletes.

Although the fans started filtering out early, the game itself remained tied until the bottom of the 18th inning when The Giants scored the winning run on an error defeating the Stockton Ports 10-9.