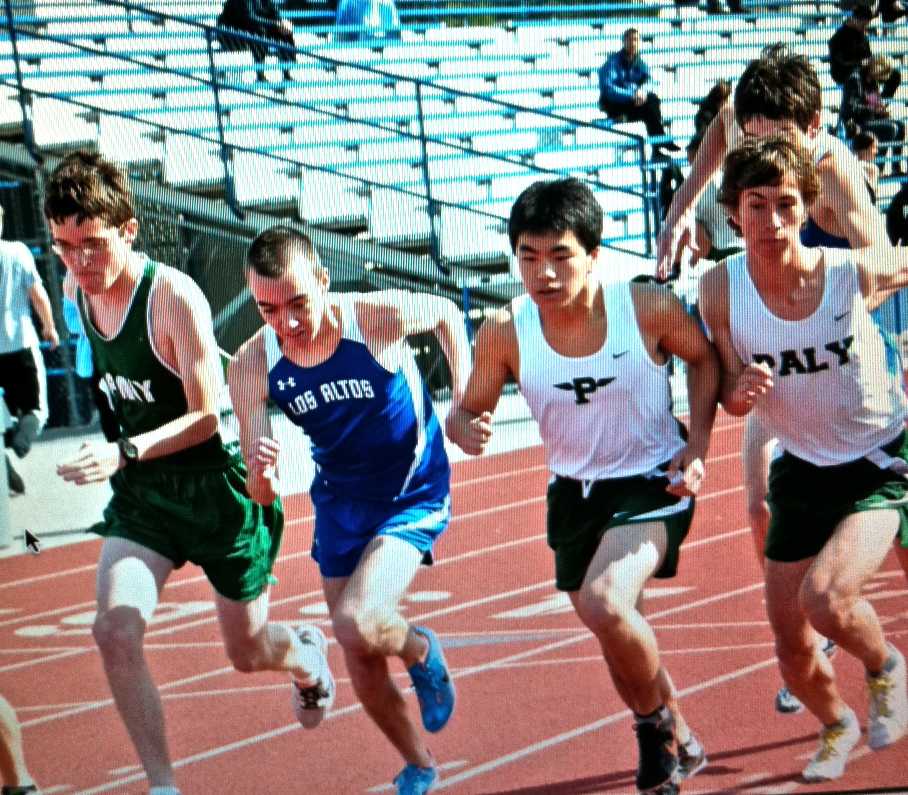 The Vikings had a discouraging start with a disqualification for a lane technicality in the 4×100 meter relay. This resulted in a five point deficit for Paly.

“We made  a lot of mistakes, more than we did in the past couple of meets,” Jayshawn Gates-Mouton (‘13) said of this relay.

More points were lost in the 1600 meter race, when Ben Hawthorne (‘13) placed fourth with a personal record of 4:46.01 minutes, only two seconds away from scoring a point.

Following yet another missed opportunity of points with the 110 meter hurdles race, the Vikings finally started to gain momentum. 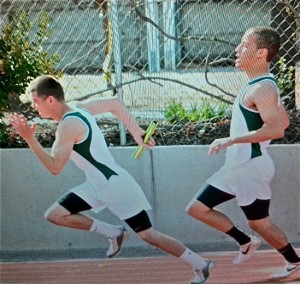 The distance team dominated the turf with the 800 meter race, placing first and third. Nikolai Solgaard (‘12) ran a personal record of 1:58.47 minutes, earning five points for Paly, and Justin Zhang (‘13) added another point with a third place time of 2:09.44 minutes.

The Vikings continued to pile on the points in the 300 meter hurdles race. Grant Shorin (‘13) took second place, hurdling for the first time, and finished with a time of 45.86 seconds.

The 200 meter race proved to be another success for the Vikings, adding eight points to the total. Jonathan Alee (‘13) placed first with a time of 23.06 seconds, followed by Gates-Mouton who came in with a time of 23.16 seconds.

The Los Altos Eagles’ took first and second in the 3200 meter race, though Sam Carilli (‘12) held on to third place with a personal record time of 10:24.66 minutes. 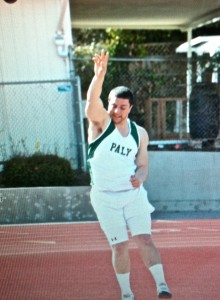 To finish off the dual, the Vikings took the final five points by a defaulted win in the 4×400 meter relay.

Though pleased with the overall results, the boys recognize the low points of the meet.

“There is always room for improvement,” Tolbert said. “It’s still the beginning of the season.”

Distance coach Jonathan Hubbs was pleased with the performances.

“The distance team did pretty well,” Hubbs said.“Los Altos has a really good distance team, the guys hung in there and competed, and that’s what we were looking for.”

The Vikings will race Milpitas high school next on Thurs. 29 on the Milpitas field.