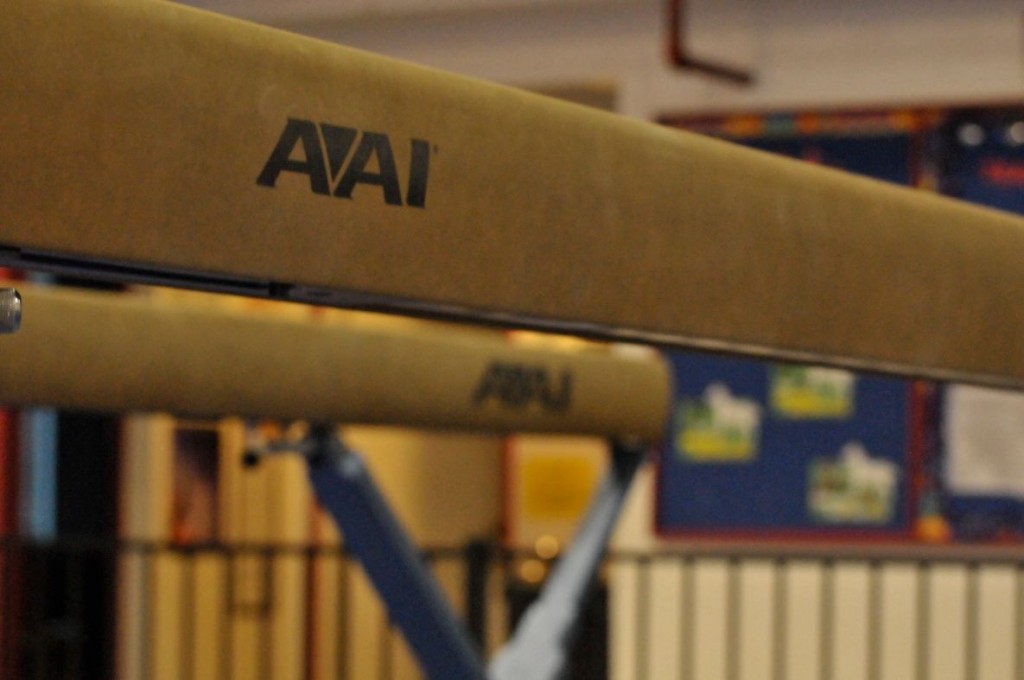 Update Apr. 5, 2012: Paly has canceled the meet next Tuesday at Lowell High School, due to insufficient equipment at Lowell  and the delayed arrivals of team leotards. Paly’s first meet will now be at Gymtowne on Wednesday, Apr. 18.

With only one week left until their first meet, Paly’s gymnasts have started moving into competition mode, putting the finishing touches on routines.

Cross-town rivals Paly and Gunn will actually band together for most of the season, competing and training together for most meets. Gunn has more varsity gymnasts than Paly does, but Palo Alto co-captains Sophie Jorasch (’12) and Sarah Miller (’12) will hold the floor for the Vikings. Jorasch finished 13th all-around and fifth in floor last season at CCS and Miller finished 31st on beam.

Varsity gymnasts get much more lenience when choosing their routine for each event – the girls get to craft their own floor, beam, and bar routines, though many recycle routines from club gymnastics or previous years. Very rarely do the gymnasts present more than one routine on each event per season, as high school gymnastics does not require the compulsory and optional routine combination that elite gymnastics does. For vault, varsity gymnasts perform a front handspring, the USA Gymnastics (USAG) Levels five and six compulsory vault.

Paly’s team this year has grown thanks to the addition of seven freshmen and the absence of any graduating seniors last year. As a result, the JV team has expanded to include around 25 girls, and more girls will present all-around, leaving Paly with more chances to score high at the JV level. Jorasch and Miller will still be the only two girls competing varsity for the beginning of the season, but some JV girls who are able to perform the Varsity vault may join the two at Leagues in just that one event.

JV gymnast Noa Braun (’14) has thinks the team this year holds greater potential because of the greater number of girls.

“I think we have an increased potential from last year, especially because our team has gotten larger, which means that we have more people to compete,” Braun said. “We are stronger as a team.”

Head Coach Ericka Fusilero and Assistant Coaches Suzie Hackstedde and Michaela Guillory have been working with the team that just seems to keep on growing, hoping to put more girls on Varsity, even if they only present on one apparatus.

The girls will step on the competition floor for the first time this season Wednesday, Apr. 18 with Gunn, Mercy, Lowell and St. Francis against Burlingame at 5:30 p.m.

Below are the JV routine requirements. Contact Suzie Hackestedde or Ericka Fusilero if you are interested in competing for Paly next year.

Dive cartwheel or roll, combination jump, leap sequence, roundoff or front handspring, handstand rollover, cartwheel or back walkover, full turn, and a roundoff back handspring or back extension (USAG Level 4 and 5)