Gymnastics starts out with a one-girl show in SF (Brief) 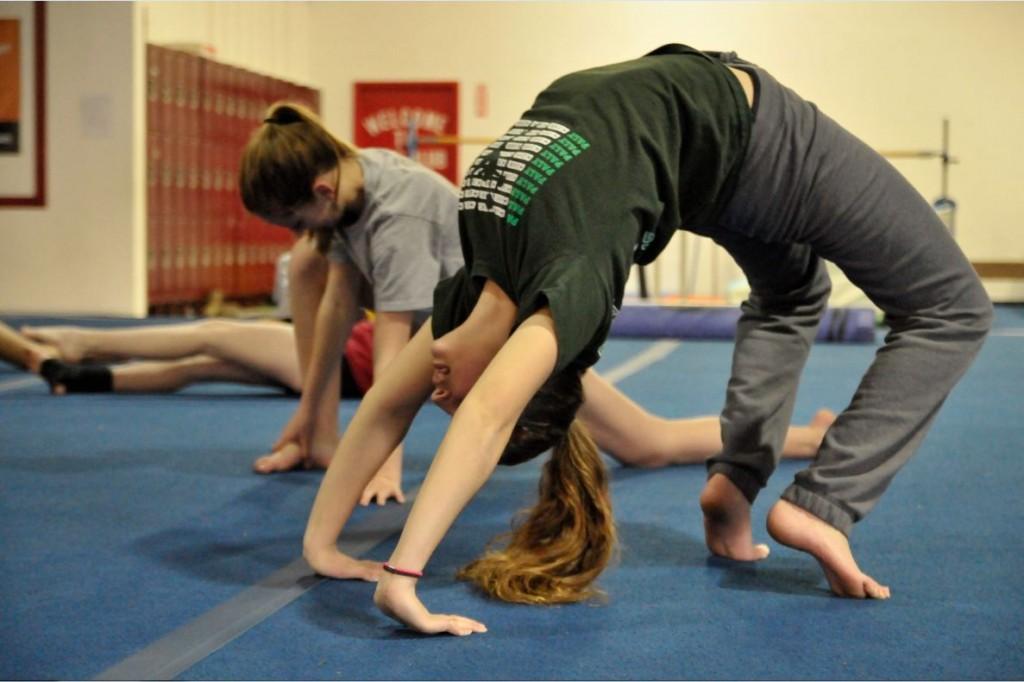 Shiri Arnon ('14), a JV gymnast, stretches her bridge in practice.

In their first meet of their third season, Paly gymnastics was only able to send out one competitor, Sarah Miller (’12), onto the floor competing at the varsity level. Sophie Jorasch (’12), the team’s other varsity girl, did not participate due to a sprained ankle sustained during practice.

Miller placed seventh on vault, scoring 9.05, and fifth on beam, scoring 8.80, in the meet against Mercy, Gunn, Lowell and Burlingame at Gymtowne in South San Francisco. She placed 13th all-around, scoring 26.050, even though she did not compete on bars.

Gymnastics has an exceptionally short season with fewer meets than other sport, and so the girls want as much of a chance to compete as they can. Hopefully by the end of the season, some JV girls will be present on selected apparatuses at the League finals.

Gymnastics starts out with a one-girl show in SF (Brief)