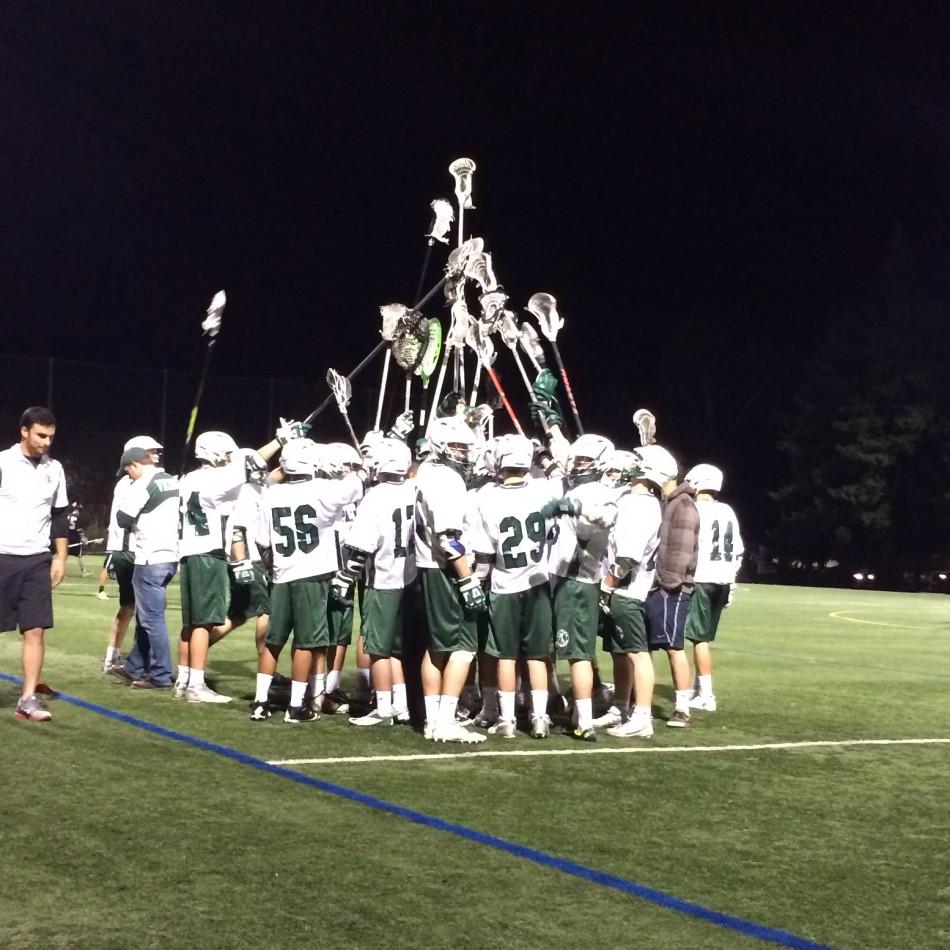 In their second game of the season, the boys’ lacrosse team triumphed over Archbishop Mitty 16-5.

The game started out slow for the Vikings when Mitty scored the first two goals. However, Paly fought back, responding with a goal by Jordan Gans (‘14). Mitty scored one more goal to end the quarter with a score of 3-1.

“Opening quarter we were definitely not very strong. [We were] unfocused, undisciplined, and not very athletic,” coach DJ Shelton said.

Mitty had the first goal of the second quarter before the Vikings took control. Jason Trisler (‘14) bounced a shot into the top right corner of the goal to bring Paly trailing by two. The Vikings continued to rally, with shots by Cole Tierney (’16) and Zach Levitan (‘15) to tied up the game 4-4. Gans and Tully McCalister (‘14) shot two more goals for the Vikings, leading with a score of 6-4 at the end of the second quarter.

Mitty bounced back in the fourth quarter by starting out with a goal. However, Drew Chalmers (‘14) scored a goal to bring control back to the Vikings. Gans resounded with a goal, which was followed by another Mitty goal. Gans shot to score the last goal of the game, bringing the final score to 16-5. Gans scored seven goals for the Vikings throughout the whole game.

“We came back and got everything back in their heads and did everything right and started it out from there,” coach Shelton said. “We were focused and didn’t play as individuals so I’m pretty proud of them.”

Goalie Quintin Valenti (‘16) has viewed his teams start to the season very positively.

“Everyday we come more and more together as team and it’s not really an individual game anymore as much as us going through our plays as a team,” Valenti said.

The Vikings will face Bella Vista in an away game on March 8th at  7 p.m.