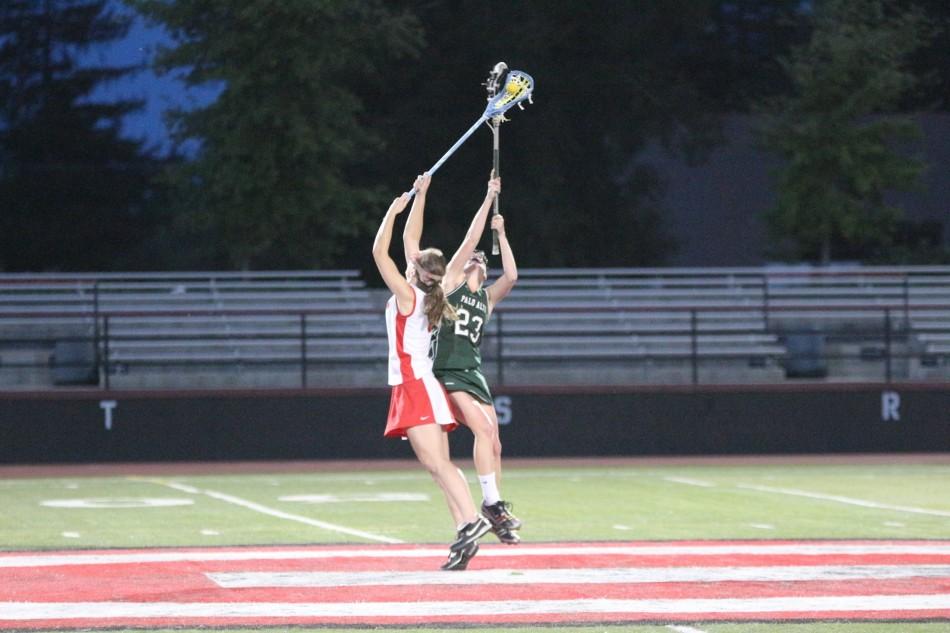 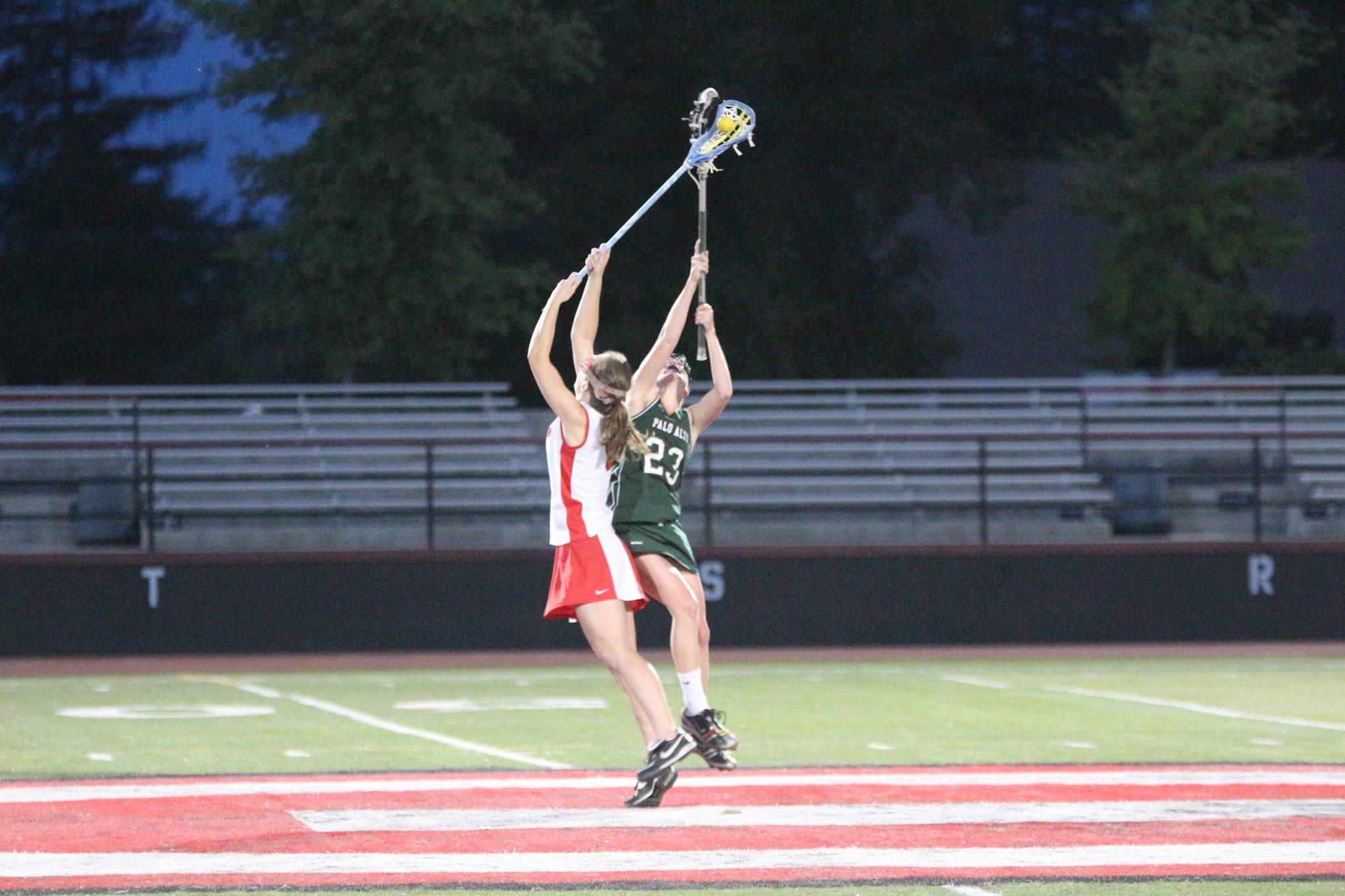 The first half began with pressure on Gunn by Paly. As the Vikings inched towards Gunn’s goal, a foul was made against Allie Peery (’15) and she was given the ability to put a clear shot into the back of the net, bringing Paly’s lead up to 1-0. However, Gunn was soon able to to steal the ball from Kristen DeStefano (’14) and make a run down the field. With possession on the Vikings’ side, the Titans slid past defenders and tied up the score 1-1.

Liana Pickrell (’15) assisted Lauren Gargiulo (’15) with a shot on goal, but Gunn’s goalie was able to capture the ball before it reached the goal. However, the Vikes continued to put pressure on the goal and DeStefano scored again.

After a third goal was earned for the Vikings, Gunn called a timeout with 12:57 seconds left on the clock. Storming back onto the field, the Titans’ aggression was heightened as they increased their pressure. However, their resistance against Paly’s offense proved insufficient as Gargiulo brought up the team’s lead to 4-1.

As the ball switched into Gunn’s control, a foul by DeStefano allowed the Titans to score. Goalie Meredith Kinnaman (’16) blocked continued shots on goal temporarily; however, Gunn was still able to bring the score up to 4-3, Paly still leading. With 3:57 minutes left on the clock, Gunn brought the score to a tie once more with 4 all. With aid from DeStefano and Gargiulo, Peery scored once more. In the final seconds of the half, Gunn combated Paly’s lead with a goal. The first half ended with a 5-5 tie.

The Vikings jumped into the second half strongly. With an assist from Pickrell, DeStefano once again scored for the Vikes. After some  control of the ball on Paly’s side, Pickrell sunk another goal into the net to make the score 7-5. Maya Benatar (’16) continued the girls’ scoring streak with another point, but Gunn soon retaliated with two goals to make the score stand at 8-7.

After a third goal in a row was scored by the Titans, the Vikings called a timeout.

“I think we need to work on our transition, because that’s where a lot of the turnovers were,” DeStefano said.

Coming back into the game, the Vikings made their way to the opposing goal; however, they missed their shot on goal and the Titans made their way to Paly’s side and scored to lead the game 9-8. Although Benatar scored on Gunn, the goal was taken back after a stick-check declared her stick illegal.

After too much assistance was placed on the ball, a Gunn player was open for the ball and they were able to score. Benatar was able to sink a now-legal goal in, bringing up the score to 10-9 with the Titans still leading.

With 2:12 minutes left in the second half, Gunn brought up their lead with another point. In the final minutes of the game, Paly fought back as they scored. In the last seconds of the game, a battle to defend the Vikings’ goal ended with a ball sunk in their net by the Titans. With fourteen seconds on the clock, the Vikes failed to score. The game ended with a 12-10 loss for the girls.

Throughout the game, the team defended their side with persistent resistance against Gunn.

“We played really great defense,” head coach Jamie Nesbitt said. “We actually gave up a couple goals hoping to get the ball back at the midfield. Minus those goals, it’s pretty much lights-out defense.”

Captain DeStefano agreed that the defenders played well in fighting off the Titans during the game.

“Our defense was phenomenal and we barely let any of the girls get by us,” DeStefano said. “We put a lot of really good, legal pressure on them.”

The team will play Pioneer High School on Friday, April 11.