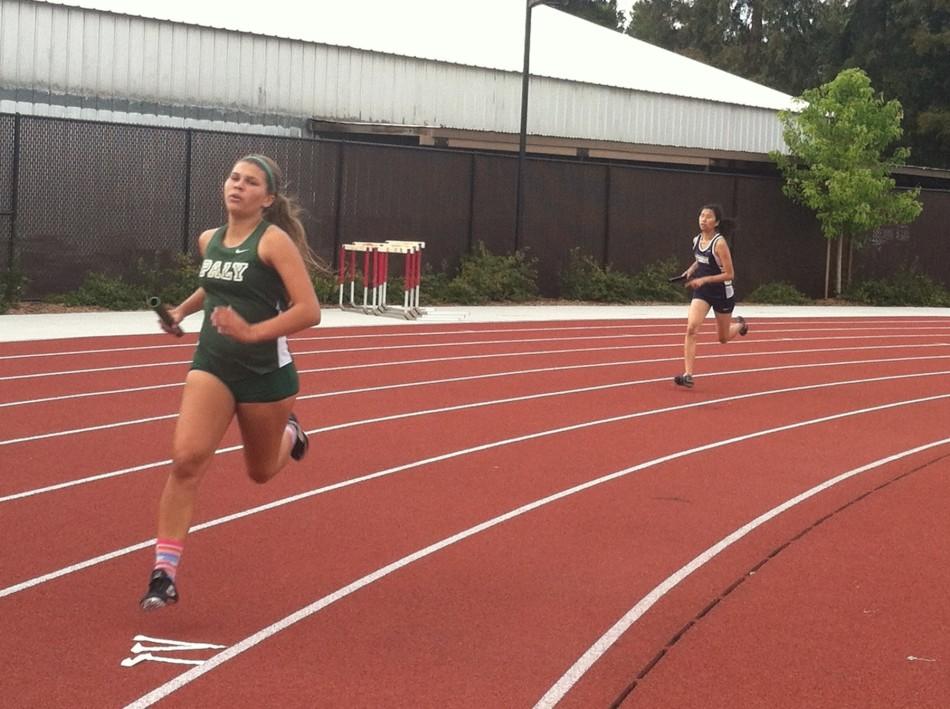 Jacey Pederson ('16) rounds a turn during the 4x400m relay. The Paly girls cruised to victory while taking first in 13 of 15 events.

The Paly girls’ track team defeated Lynbrook 92-35 on Thursday at home. The team dominated the meet, taking first in all but two events en route to a large margin of victory.

Paly dominated both the 4x100m and 4x400m relays, coming in at 50.19 and 4:21.68 respectively. Runners from both relay teams earned numerous points in other events as well.

“Most people didn’t run their best times today, since it’s right after spring break and everyone’s still getting back in shape, but I think we’re on track to keep improving and win meets,” Asin said.

The team will next face Los Gatos on Thursday at home.