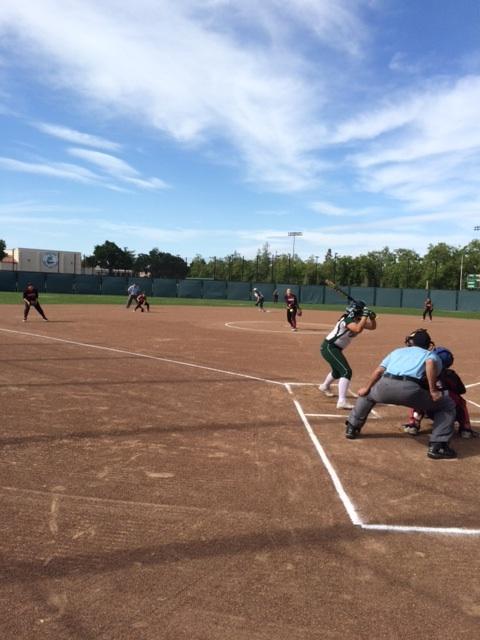 The Vikings  lost 4-1 after allowing 3 points in the last inning of the game.

The game was off to a slow start. A shut down defense for both teams was kept until the top of the fourth inning. There were only 2 hits for Paly and 1 hit for Cupertino.

After a strikeout by Paly pitcher Mackenzie Glassford (`17), Cupertino got a run batted in off of an error by the Viking outfield.

With Cupertino up 1-0, Paly needed to get something going in order to stay in the game.

After shutting out Cupertino in the the top of the 5th, Paly failed to get points on the board until the 6th inning.

With an RBI double by Mackenzie Glassford (`17) Paly tied the game 1-1 in the bottom of the sixth. With one last inning to get the win, Paly’s defense came out onto the field.

Cupertino came out hot on offense and a RBI single, RBI double and a sacrifice fly made the score 4-1. With only one last chance to get back in it, Paly came up to bat. Maggie Renteria (`17) started the bottom of the inning off with a double, but Paly couldn’t get any runs batted in.

The Vikings lost the game 4-1, even though they kept their opponent to score of 1 for the majority of the game.

Next up for Paly is Gunderson on Tuesday the 28th of April. Paly will look to rebound after their loss to Cupertino and get back on track in its season.