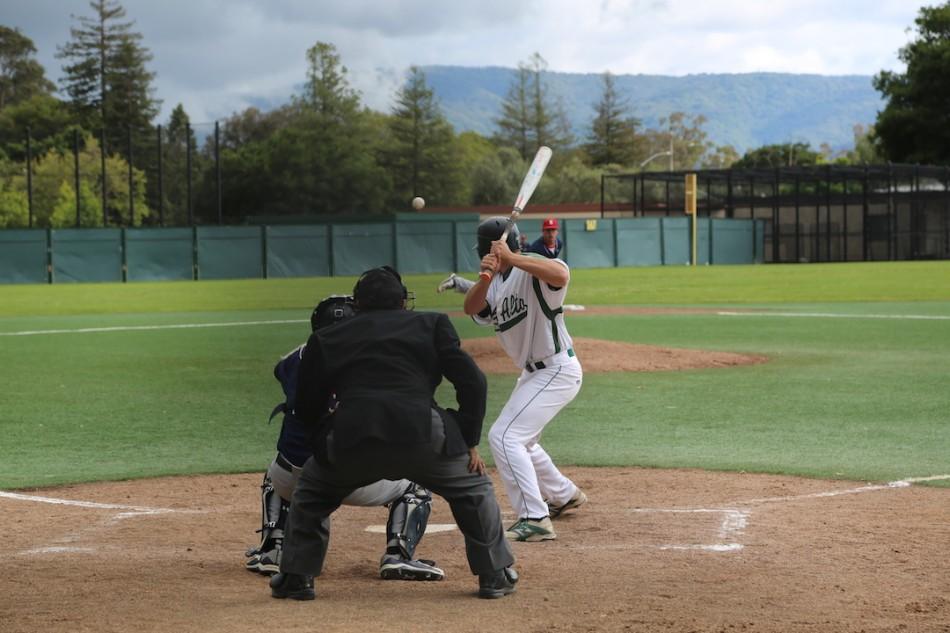 Boys’ Baseball beat Saratoga 3-1 to sweep the series winning them the league championship.

“They played great, they really did, they’ve been playing great for a while now. The pitchings been good and we have timey hitting and it’s been real baseball”, said Coach Brewer.

Isaac Kasavich started for the the Vikings pitching through the fifth inning allowing no earned runs and conceding two strikeouts.

There was no score through the fourth and the game was temporarily delayed due to heavy rain. After the game resumed things picked up in the fifth inning when Max Jung-Goldberg (‘18) hit an RBI groundout to score Ben Cleasy (‘17).

Riley Schoeben commented “I think the rain delay helped us because they had to sit in the dugout the whole time and we got to run around maintaining the field which kept us warm and in it more”.

The Viking scored their second run off Justin Hull’s (‘16) sacrifice fly in the bottom of the sixth inning.

The Vikings won the League Championship and will move on to the CCS tournament with their first game Wednesday, team and time to be determined.

Coach Brewer said after the game, “The sky’s the limit for these guys the way we’ve been playing these past couple of weeks we’ve beat all the top teams so far, so I think there’s going to be some good things. The way we are playing right now I wouldn’t bet against us”.