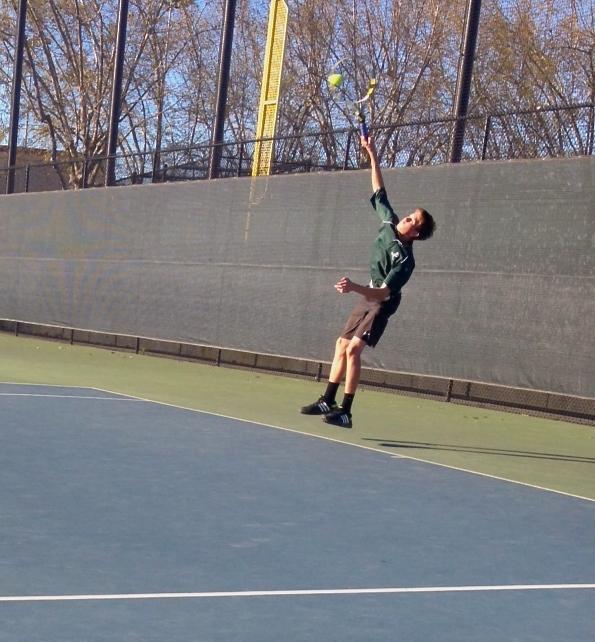 Kevin Chen and Ethan Teo fought hard as well, closely ending their game with losses of 6-4 and 6-3.

The only victorious set for Paly was pulled out by doubles team Adam Love (‘19) and Anthony Georgiatis (‘19), who won their first set 7-5, yet lost their second 6-1.

Love reflects on the overall play of the team and his partner, staying positive despite the loss.

Although Love did contribute to the winning set, he says he still has to improve on some things for the next game.

“I’m gonna try to be more consistent, get my serves stronger… but we had really good competition.”

Coach Andy Harader has the same positive outlook on the match.

“The score was very lopsided but I thought the boys played very well, I am very happy.”

Harader credits the loss to the absence of these boys as well, but still thinks they did a good job overall, considering the competition.

“We played against the top team in our league… I’m proud of our performance.”

The boys’ varsity tennis team will play Milpitas at 3:30 at home on Wednesday, March 16th.