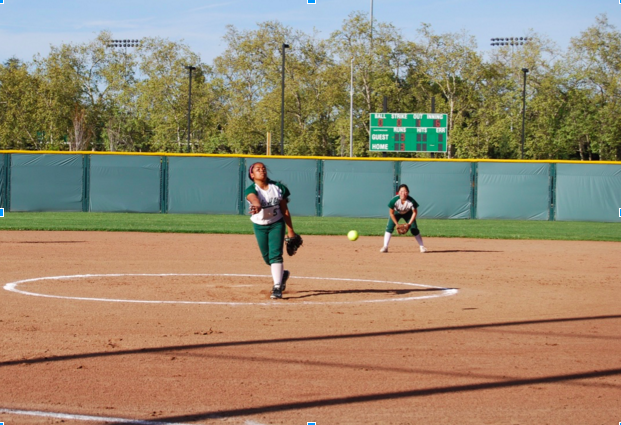 The game started out slow with only one runner in scoring position through the first two innings. That came for Santa Clara in the top of the second after a single and a stolen base. Despite that, they couldn’t knock the run in and failed to capitalize on that opportunity.

However, Santa Clara would take their next chance in the top of the third. After loading the bases with a bunt and two singles, they scored the first run of the game on a wild pitch, giving themselves a 1-0 lead.

Paly responded an inning later in the bottom of the fourth with two runs of their own. A lead off single by Maggie Renteria (‘17) followed with a walk from Sophie Frick (‘18) set the stage for the Vikings’ two runs. A sac bunt moved the runners to second and third. Renteria scored on an infield single and then Frick came into score thanks to a sacrifice from the next batter.

Paly held that 2-1 lead going into the top of the seventh, but Santa Clara did enough to grab one run and send the game into extra innings.

Santa Clara had the first chance in extras in the top of the eight and grabbed two more runs, putting all the pressure onto the Vikings’ in the bottom half of the inning.

Paly failed to respond and ended up with a disappointing 4-2 loss on senior day.

The loss brings the Vikings’ record to 6-14 going into their next game on Thursday at Pinewood.