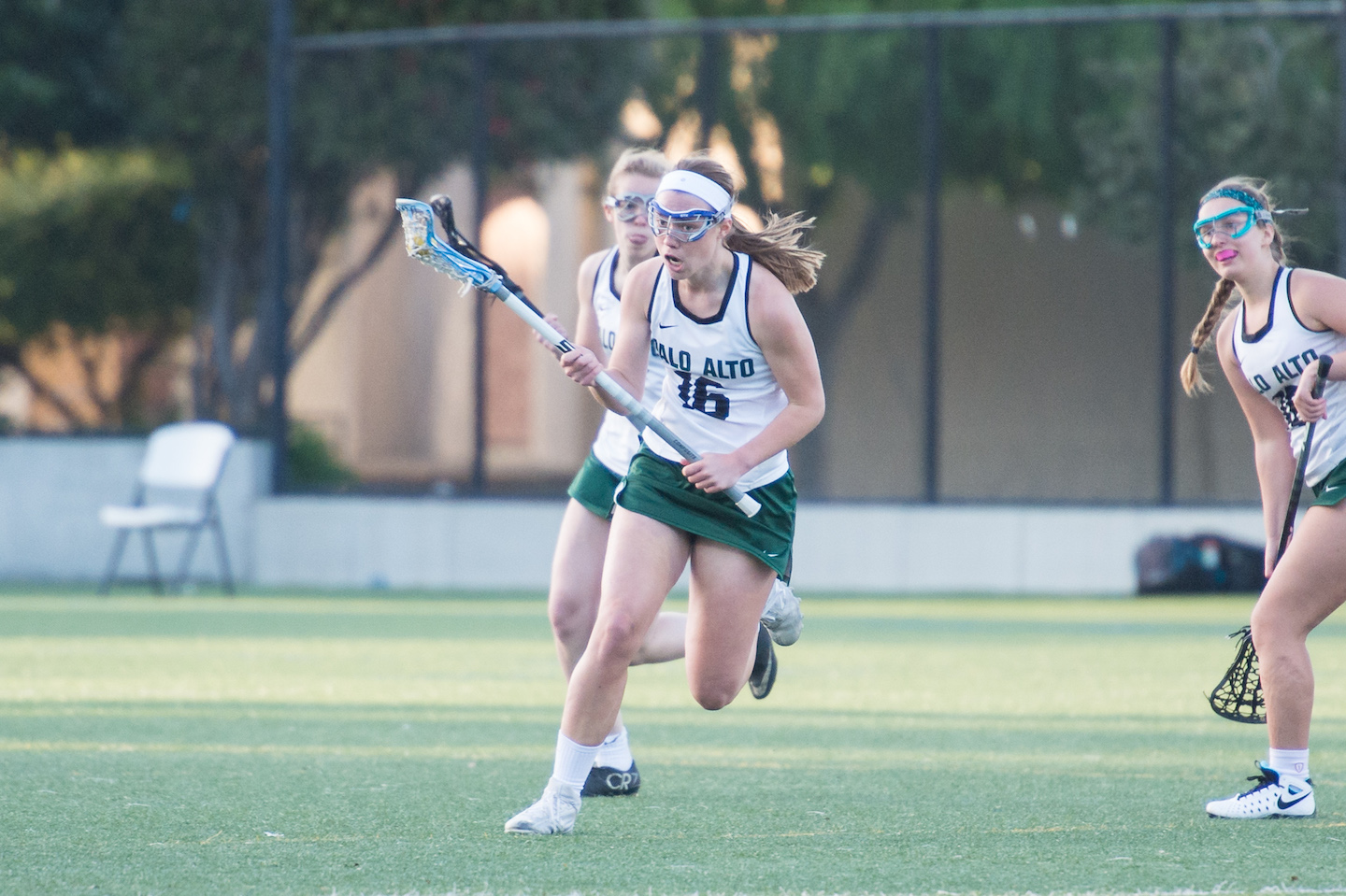 The Girls lacrosse team crushed the Pioneer with a score of 15-2 on Friday. Ever since the Vikes lost to Gunn last Thursday, the lacrosse girls have been trying to get back on track.

The game started off pretty close with one goal from each side. The score remained so until there were fourteen minutes in the first half. With twelve minutes left in the half, Kaitlin Chiu (‘17) broke the deadlock with a goal. The Vikes may have felt lost with their coach being absent and having no substitutes.

Charlotte Cheng (‘18) scored with 7 minutes left in the first half making the score 4-1. After that, the girls kept the ball on the other team’s side for the majority of the game.

During the second half, the Vikes continued with their total domination. Gocher scored within the first 30 seconds of the second half making the score 7-1.

Paly started holding the ball and running the clock at the end. The Pioneers scored one goal making the score 15-2.