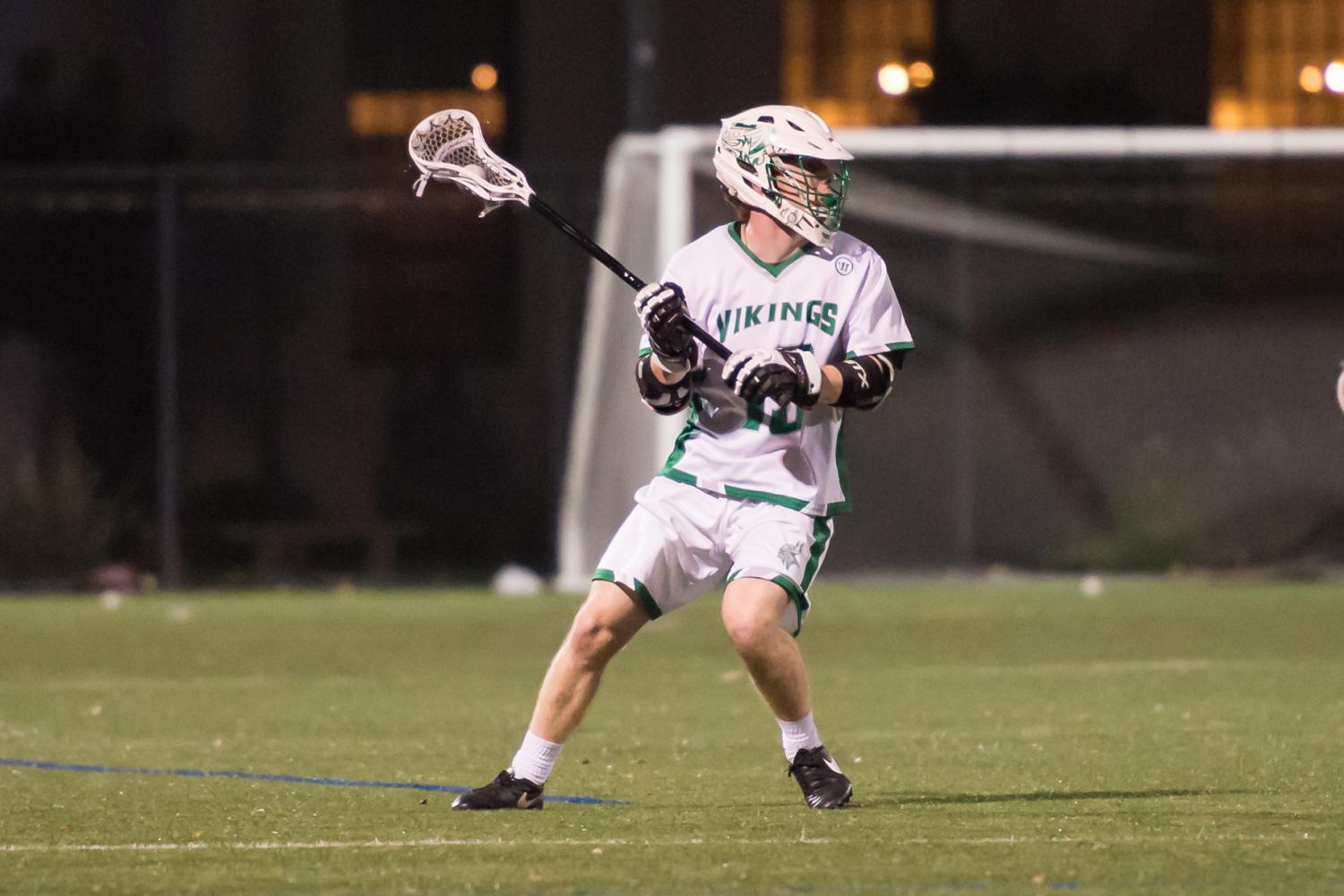 Boys’ Lacrosse dominated Leland 16-3 after jumping out to a commanding lead early.

The Vikings absolutely overwhelmed Leland in the first quarter as they scored early and often. Almost immediately Paly got possession and Hayden Libbey (‘17) made an offensive run and a sweet pass to Benner Mullin (‘18) who scored the impressive assist to take a 1-0 lead just a minute into the game. Then, with nine minutes left in the first, Patrick McIntosh (‘19) extended the lead to 2-0 on an impressive solo attack from half. Two minutes later, McIntosh struck again after intercepting a pass from Leland’s goalie and scoring on the empty net. Just fifteen seconds after that, Paly used impressive ball movement to get Jackson Dahl (‘17) an easy look to score. Just like that the Vikings had a 6-0 lead at the end of the first.

Stunned after getting trounced in the first quarter, Leland was able to clean things up defensively and held Paly to just two goals in the second quarter resulting in a 8-1 Paly lead at halftime.

Though Leland was able to keep up their defense for the most part in the second half, they simply didn’t have the firepower to get back into the game. Paly ended up winning 16-3.

“It was nice to go out there and set the tone early,” McIntosh said. “We got a little sloppy after the first quarter but overall we played pretty well.”

“You know we’ve been playing really well lately,” Mullin said. “We just have to keep it going for the rest of the year.”

The Vikings will look to stay hot as they play Sacred Heart at home at seven o’clock on Senior Night.