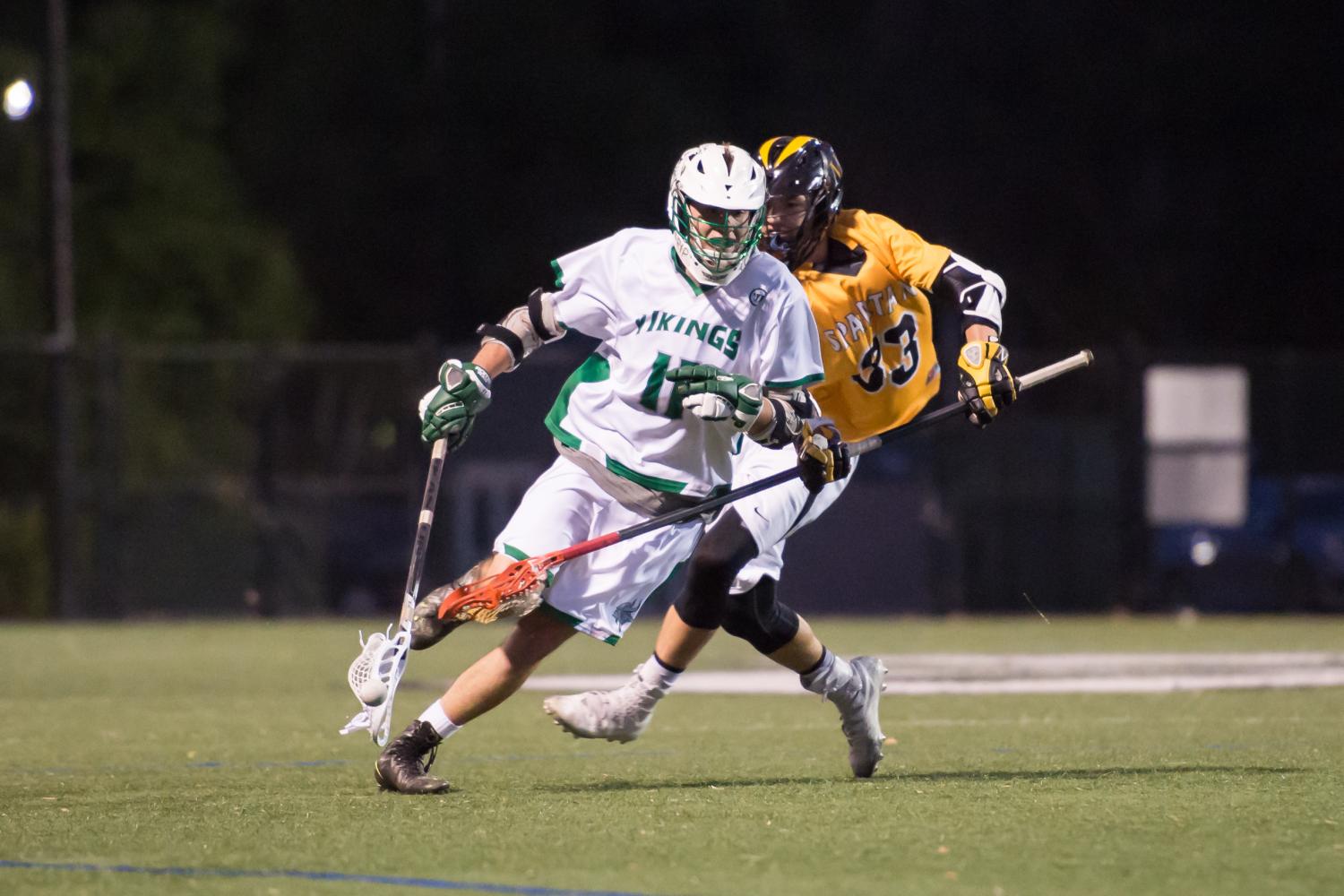 The Vikings started the game off strong and used good attacking play and strong defense to gain a 5-4 lead at half. The Vikes battled with Mountain View to maintain this gain this advantage before halftime. Paly took 17 shots in the first half compared to 9 shots by Mountain View which helped them gain the lead.

Paly started off the second half strong by keeping good possession in the attacking zone. Mountain View began to tire because of the Paly’s continuous ball movement which cause their defense to open up. Hayden Libbey (‘17) took advantage and scored a goal by bouncing the ball off the ground into the back of the net. Mountain View nearly responded after their attack but the Vikes were saved by the post. Paly’s defense then began to lock in and forced the ball clear.

The Vikings continued their strong third quarter with a goal from Peter Gold (‘18) that was assisted by Patrick McIntosh (‘19) after more strong possession in the attacking zone. The Vikes continued to pressure Mountain View for the rest of the third quarter but could not find a way through their back line causing the quarter to end with a score of 7-4 in favor of the Vikings.

Mountain View had strong start to the fourth quarter cutting into Paly’s lead by getting a goal two minutes into the quarter. McIntosh responded a few minutes later with a great solo goal after weaving through Mountain View’s defense and then firing the ball past the goalie to bring Paly’s lead back up to three.

Mountain View began to pressure the Vikes in an attempt to tie the game and got one goal back quickly after a timeout. The Vikings settled in and began to attack again keeping Mountain View on their heels. Paly’s pressure eventually ended in a goal by Libbey to make the score 9-6 and ended Mountain View’s chance of a comeback.

“We knew we needed to come out with energy and discipline against Mountain View because it was an important league game. Fortunately we were able to control the tempo and play our game and get a good win, ” said Benner Mullin (‘18). “Looking forward we just need to do our best to play composed and disciplined in our final league games to get some momentum heading into the playoffs.”