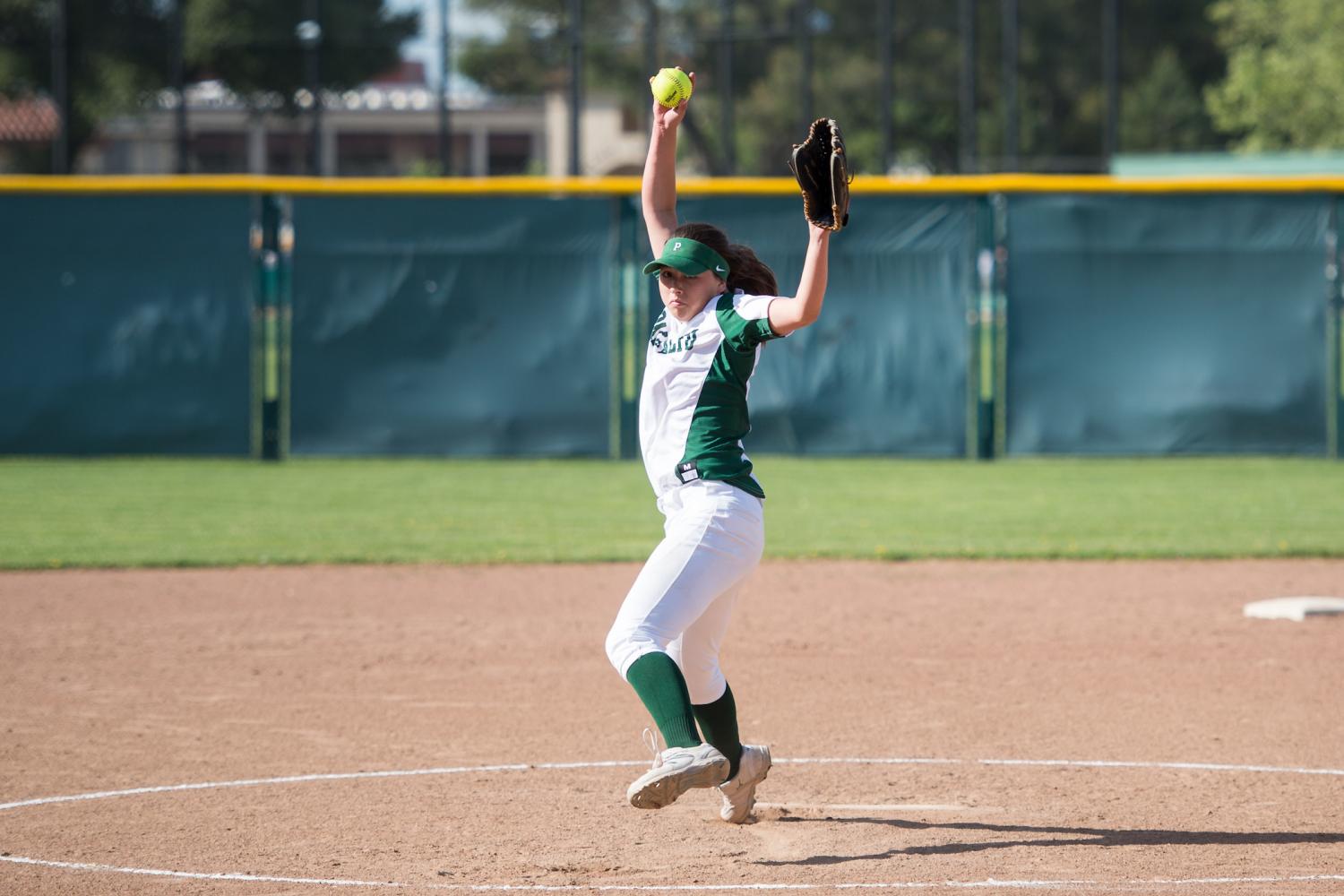 Softball defeated Lynbrook in their last league game Wednesday 9-0. Before the game, they held a ceremony honoring the seven seniors on the team. Seemly fitting that the seniors contributed five RBI’s and eight hits to the impressive win.

Throughout the whole game the vikings seemed to dominate the field while batting really well and not letting in a single run in by Lynbrook. The first two innings did not go too well for either team as it was 0-0 until the bottom of the third when Paly finally scored. The fourth inning was when Paly really shined and ran in seven runs to rise the score to 8-0. The fifth inning was not as exciting as no runs were scored, followed by one more Paly run in the sixth.

Sophie Frick (‘18) had a great game at bat, recording a game high three RBI’s in four at-bats. Mackenzie Glassford (‘17) also had a particularly great game by pitching a three-hit shutout. Catcher Sydney Liu (‘19) believes the fact that it was senior night helped motivate them to crush their opponent.

“We knew this was our last game of the season, and we wanted to end on a high note….Winning for the seniors was extremely important to us, and I’m glad we were able to give them a memorable game to cap off a memorable season,” Liu said.