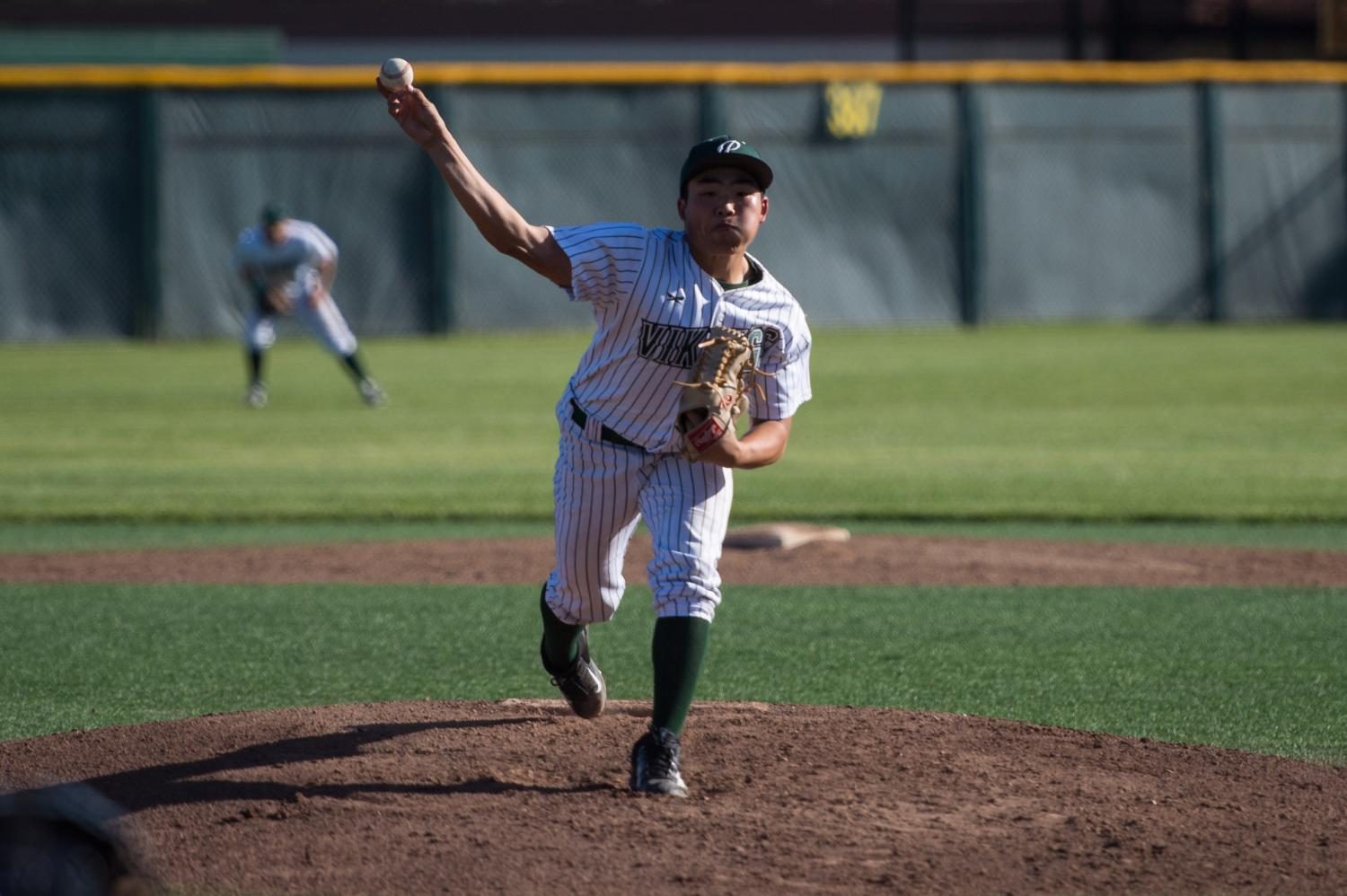 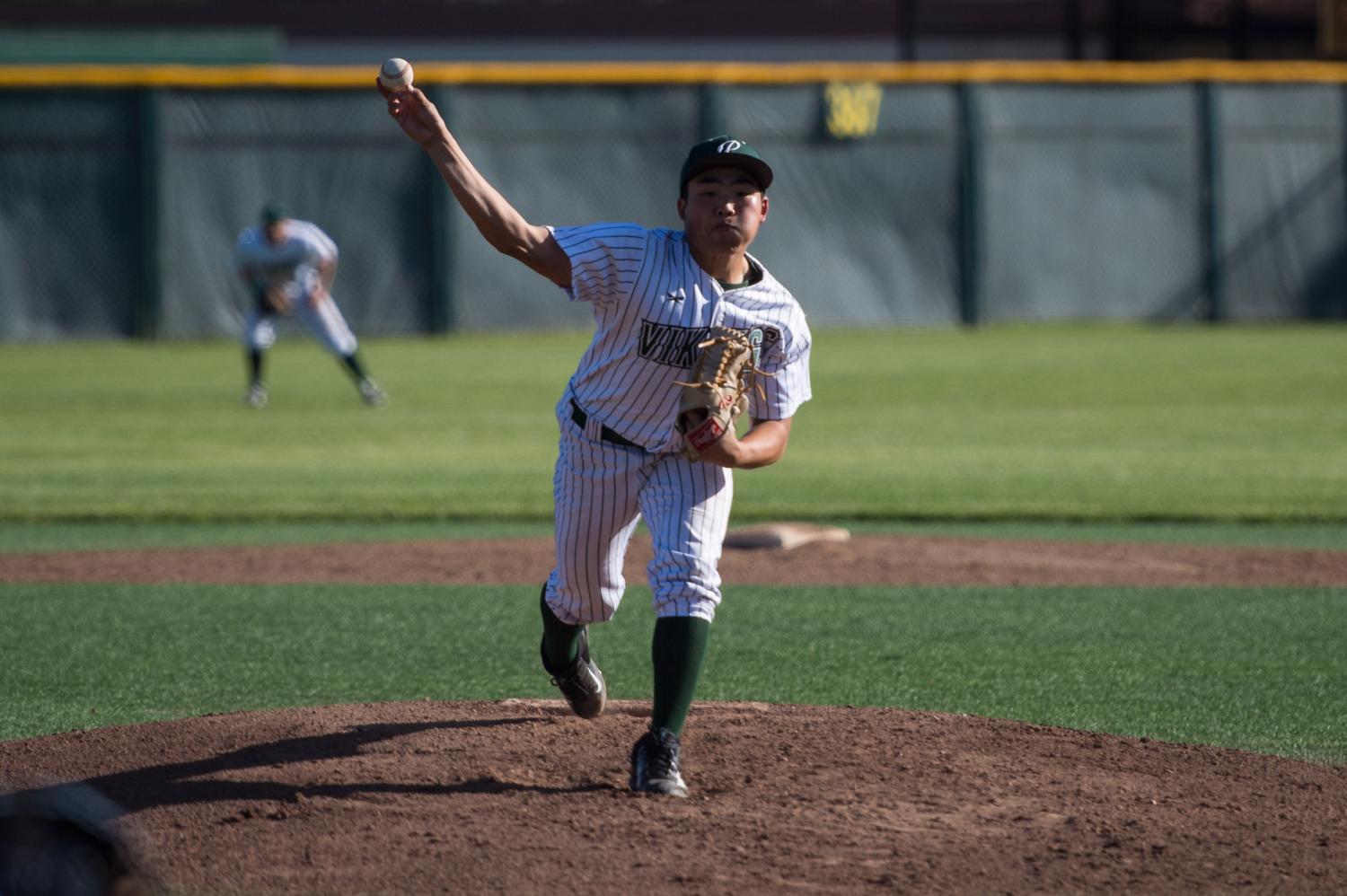 Baseball lost to Mitty 1-0 in the first round of CCS playoffs, ending the promising season in a disappointingly familiar way. For the third straight year, the Vikings have been eliminated in the first round of the CCS tournament. Paly was the number one overall seed in the tournament this year and last, making the early exits that much more devastating.

The team was also caught in the middle of a school-wide travesty as a result of sexual assault allegations against one of the former team members who quit the team just last week. The team made their stance clear on the situation by participating in distribution of “I STAND WITH VICTIMS OF SEXUAL ASSAULT” bracelets at lunch today and by wearing the bracelets and blue tape during the game.

“The CCS curse” and the situation revolving around the sexual assault allegations added up to a lot of pressure for the team early in the game, and it showed in their performance. Mitty’s starter Aidan Goicovich dominated Viking hitters early on.

“Our team was kind of out of it in the beginning,” said Ryan Chang (‘17), Paly’s starting pitcher. “Because we were just nervous. We’ve been knocked out of CCS so often, the moment was just too big at the beginning.”

Chang had trouble early in the game finding his stuff. He allowed six baserunners in the first two innings as he struggled to consistently hit his spots.

“I didn’t really have my best stuff, honestly,” Chang said. “I really had to fight through it and it’s just really not a great time to face such a good team with not your best stuff.”

The fateful run came for Mitty in the top of the second. With the bases loaded and two outs, Mitty’s shortstop hit a sharp groundball to shortstop Ethan Stern (‘17). The ground took a rough last hop on Stern which forced a bobble, but Stern was still able to toss an accurate throw to Max Jung-Goldberg (‘18) at second. The bobble did however ruin the timing of the play as Jung-Goldberg was no longer in contact with the bag when the throw reached him, allowing the run to score.

As it turned out, that was all Goicovich would need. He pitched a complete game shutout to win the game for the Monarchs as he dominated Paly’s lineup with a hard fastball and a filthy hook.

The Vikings didn’t go down without a fight, though. Chang found his groove in the middle of the game and pitched an impressive complete game of his own. Also, the Vikings were able to get a runner on second with one out in the bottom of the seventh but weren’t able to get him in.

“The moment was just too big at the beginning,” Chang said. “But then I battled through it and my team battled through it. We showed our heart and we just fought. It’s just so unfortunate that ball just didn’t bounce the right way on the one ball. This is a great group of guys. I couldn’t ask for anything more.”

Nathan Willis (‘18) talked about what Chang means to him and the team.

“I can’t say enough about Chang,” Willis said. “Chang is the leader of this team; he’s the heart and soul. That guy works harder than anyone else I know. He made us work harder and he drove us to do what we did this year. I can’t said enough about him I love that kid.”

Willis also summed up the game for the Vikings.

“We just tried to play our game; our baseball,” Willis said. “Don’t try to do too much, don’t try to be a hero. Just get a guy on, get him over and score whatever way we can… This team was so special. It’s just a game of inches… Josh Kasevich (‘19) hits two line drives at guys, just missed them. Just a game of inches nothing you can do about that. We fought as a team, we battled, we just came up a little bit short.”