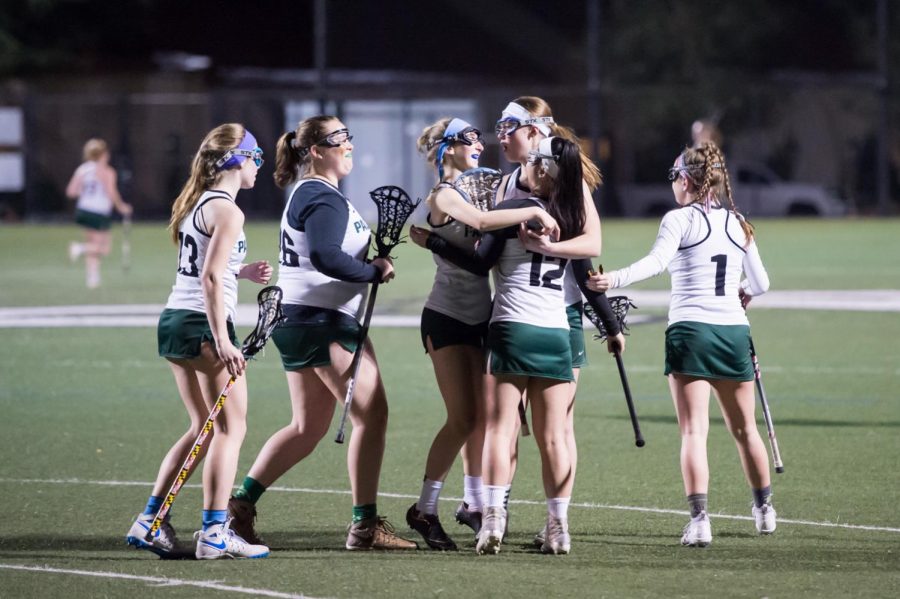 The girls lacrosse team suffered a devastating loss to Los Gatos 15-5 on Friday. The Los Gatos team seemed to click immediately as they scored their first goal just one minute into the game to lead, the Wildcats would go on to lead for the rest of the game.

Gatos kept their momentum going by scoring goals in rapid succession: including three just three minutes apart each early in the first half.

The Vikings had just come off of another tough game, beating Gunn by a score of 11-9. According to Emma Staiger (‘18), they had to first focus on facing Gunn before even thinking about Gatos.

“We took it a day at a time and focused on each game as it came, but we wanted to focus on being tenacious on 50/50 balls and controlling the tempo on offense,” Staiger said.

According to Staiger, to prepare for the next match up against Gatos, the Vikings are looking to go in to the game more well rested and be more mentally prepared.

“We’re going to keep practicing the way we have been and make sure that we’re going 100 percent in practice to be prepared for the intensity of game day,” Staiger said. “We’re also going to focus on our game and not let the Los Gatos players’ physicality and roughness get in our heads.”

Next, the Vikings face Mountain View at 7 pm at home on Wednesday.