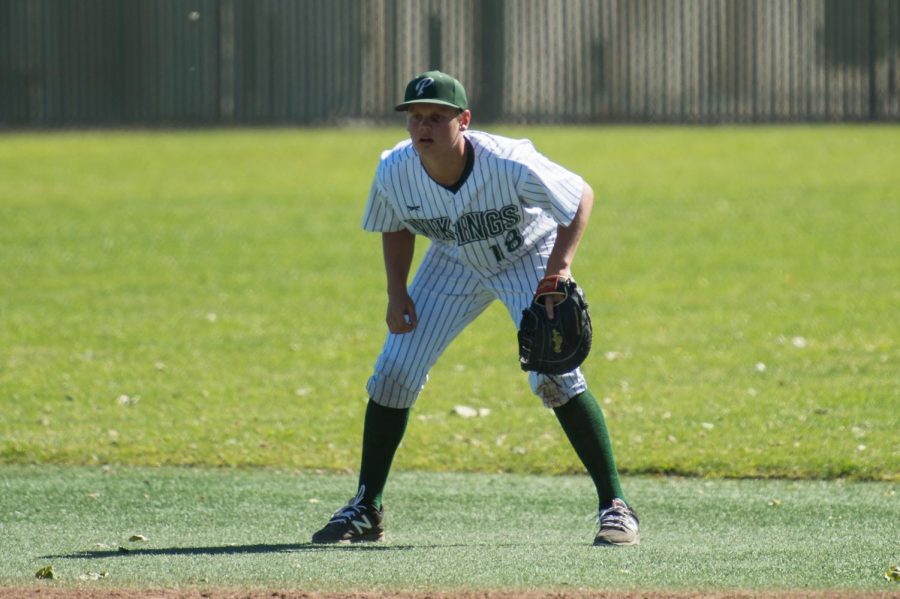 On Wednesday, baseball moved to 7-3 with a win over Cupertino, 9-3, lead by a break out 2nd inning lead by a two RBI single from senior Niko Lillios (‘18).

After a quiet start from the Pioneers, the Vikes got right on the board with a 1 out, 2 RBI single from 3rd baseman Josh Kasevich (‘19) followed by a six run explosion in the bottom half of the 2nd inning. RBI’s from five different Vikings helped Paly extend their lead to 8-0 after two and kept the Pioneers at bay throughout the rest of the affair.

After plating two runs, Lillios lead the charge on the mound and recorded the win with four innings of three hit ball, followed by three solid innings of relief from James Roake (‘18) which consisted of three strikeouts.

“We were able to make contact with the ball in a manner that made it difficult for the opposition to tag us out,”Lillios said. “With a large lead I have more leeway to tell jokes without the coaches getting mad at me.” Lillios’ light-hearted spirit could be the reason he is thriving so early in the season.

Paly will look to continue to pound the scoreboard on Friday, this time at Cupertino at 4 o’clock with ace Spencer Rojahn (‘18) returning to the hill after a deep run into the CIF basketball playoffs.

About the Writer
Jared Wulbrun, Staff Writer
Leave a Comment