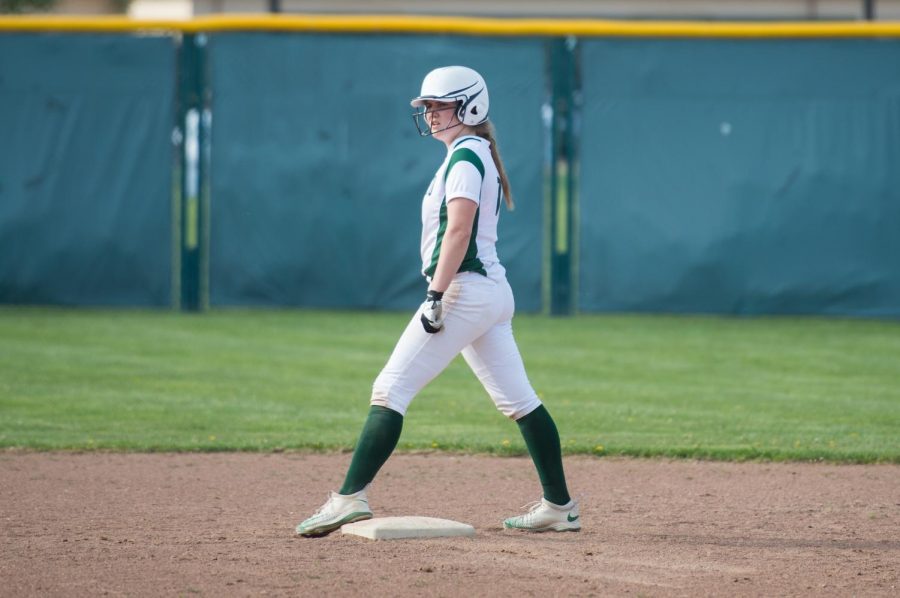 The Palo Alto softball team came from behind and executed a decisive 5-3 victory over Lynbrook this Thursday at home.

The game started off slow for the Vikings; poor communication and a few errors caused them to trail throughout the fourth inning, while Lynbrook attempted to assert their dominance quickly with two runs scored early on.

Beginning the fifth inning down by two runs seemed to light a fire within the top of the Paly lineup, with a strong single by Lindsey Kim (‘19) kicking off what ended up being an offensive turning point for the Vikings. Kim’s hit was soon followed up with another single by Victoria Soloudree (‘21), and the inning was ended with an RBI by Zoe Silver (‘20) which brought the score to a more hopeful 2-1. The bottom of the fifth saw Lynbrook unable to score and ended with a strikeout by pitcher Fabiana Teofan (‘19).

As the sixth inning began, the Lady Vikes swiftly got runners on base, and a powerful single by Sophie Frick (‘18) brought both Emilee Guzman (‘18) and Sam McBride (‘18) home, putting Paly ahead 3-2. Lynbrook was ready to fight back when it came time to step up to the plate, but that ferocious attitude resulted in Teofan getting struck by a ball on her right hand and taken out of the game. Kim was quickly put in to take over the mound. The inning ended with an error by Soloudree at first base allowing Lynbrook to tie it all up with a score of 3-3.

“Sometimes it is tough for a pitcher to pitch all seven innings. Poor [Teofan], I’m sorry she got hurt, but [Kim]… was strong,” McBride said.

The seventh and final inning was a strong showing for Paly, with an RBI by McBride and a double hit straight down to the fence by Sydney Lu (‘19) putting the Vikings back on top with a score of 5-3. The bottom of the seventh was quick, with three back to back outs solidifying Paly’s comeback.

“I think that we should really improve our communication and clean up our infielding because that is where we lose our points,” McBride said when asked about what the team will work on to prepare for their next game.

The softball team plays again on Saturday, April 21 against Marin Catholic High School at 1:00 at home.