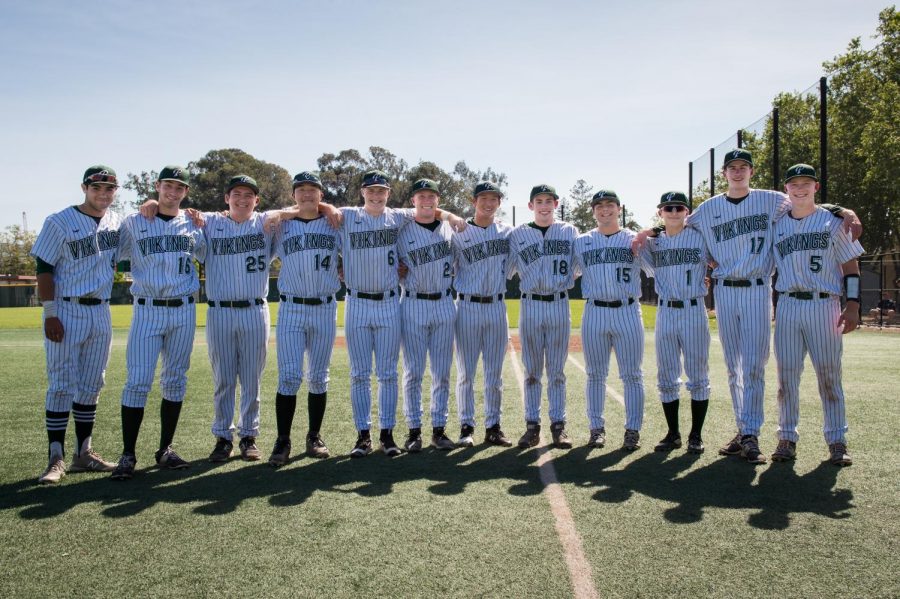 The Palo Alto Vikings baseball team defeated Wilcox by a score of 5-3 on Friday behind a fantastic pitching performance from Niko Lillios (‘18). The Vikings started the night off by celebrating their seniors for senior night in a touching ceremony.

The game started off slow with both teams going scoreless in the first two innings. Wilcox got things started with a sacrifice fly in the third inning to drive in the games first run. The Chargers added one more run in the third inning on a double down the left field line.

The Vikings cut into the lead in the bottom of the third when Lillios scored on a fielder’s choice making the score 2-1 in favor of the Chargers. Palo Alto evened the score up in the fourth inning when right fielder James Roake (‘18) singled home center fielder Paul Thie (‘19).

Wilcox added another run in the top of the fifth but that would be the final run Lillios would allow for the rest of the game. The Vikings continued to add runs to the board when Connor Burns (‘18) singled home two runs to give the Vikings the lead in the fifth inning.

Lillios pitched a one, two, three inning in both the sixth and seventh inning to finish of the game strong as well as driving in one more run in the sixth on a double to center.

“We played great today,” Roake said. “Wilcox is a well coached team and they know how to play baseball. Our defense was spot on which limited their runs and we came in clutch when we needed to.”