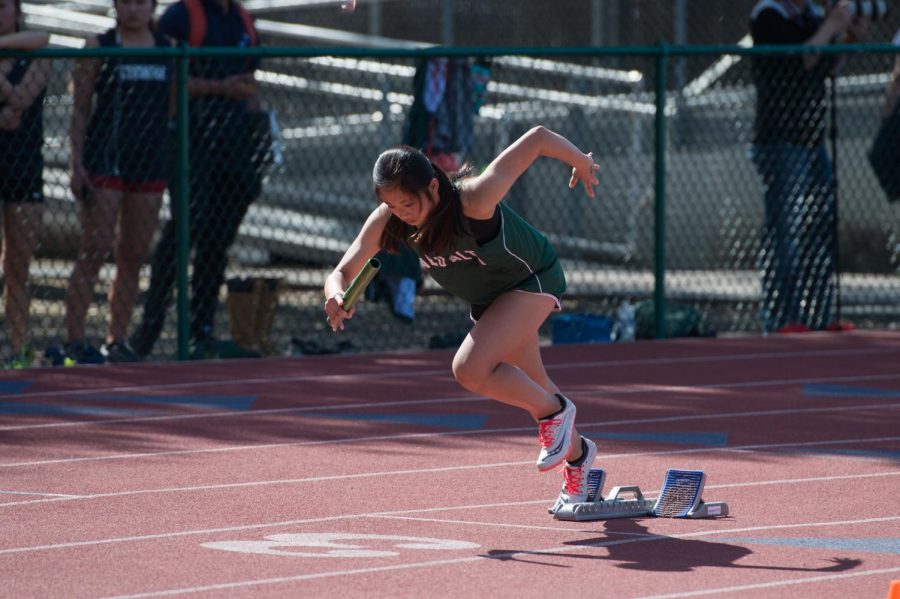 The Palo Alto High School track and field came in at fourth place with 258 points at the De Anza League Trials on Tuesday, May 1st and Thursday, May 3rd.

Los Altos came in at first, followed by Lynbrook, then Los Gatos, with scores of 400, 351, and 265 respectively as Palo Alto unfortunately did not make it into the top three.

“I don’t think it was the best measure of our season because some of our athletes that should’ve been competing didn’t get the chance to” Zoe Sid (‘19) said.

In the first event, the Palo Alto girls fell fourth place in the 4×100 meter relay with a time of 52.55, falling behind Los Altos, Los Gatos, and Gunn.

Unfortunately, there were not able to place in the top 3 in the 400 meter, 300 meter hurdle, 4×400 meter relay, triple jump, long jump, high jump, and the discus throw. The girls were awarded third place with 61 points overall.