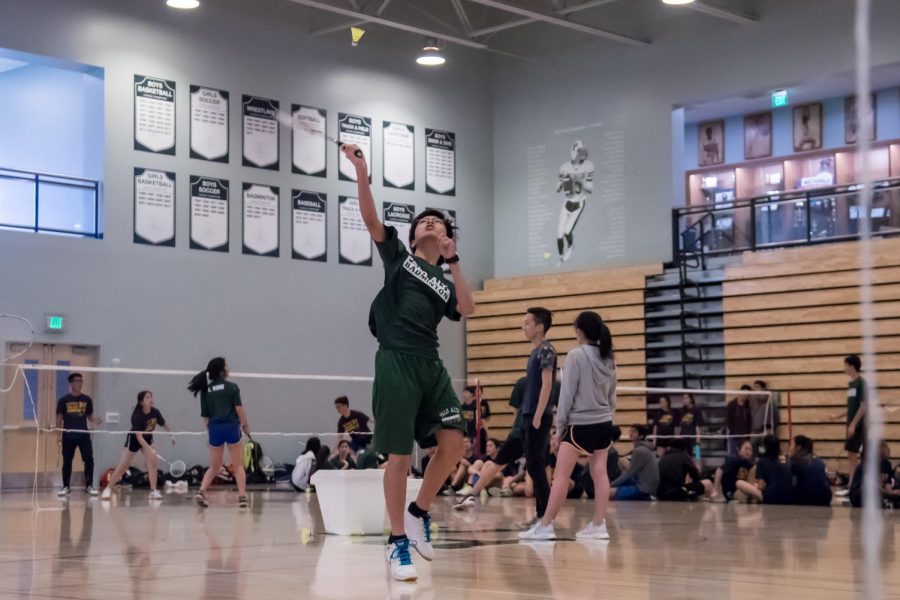 The Vikings’ badminton team lost their league matchup against Cupertino Pioneers by a score of 21-9 on Thursday afternoon. The matchup was their second game of the season and it ended in another unfortunate result.

Finishing the past season with a poor 2-10 record, the team hopes to bring some energy into the new year. Holding onto the remaining optimism that they have left, their season opener was spoiled by Milpitas on Tuesday, losing 22-8.

Much of their slow start could be attributed to the departure of captains Tilak Misner and Emily Yu from the past season. Returning varsity player Jonathan Mi (‘20) is just one of the players who remembers the impact they had.

“They were very influential members who were great captains that would give us consistent wins.” Mi said of the two.

Their departure of the two showed throughout the match against the Pioneers. On the bright side, Mi and fellow Varsity 1 doubles partner Eric Fan (‘22) won their matchup and freshman Brandon Wu (‘22) also performed well on his Varsity 1 singles contest. Others on the team also received honorable mentions for their play but it was not enough to overcome the Pioneers, who came out with high intensity and did not back down.

The Vikings hope to get their first win of the season when they play next Tuesday at 3:45 at crosstown rival Gunn.