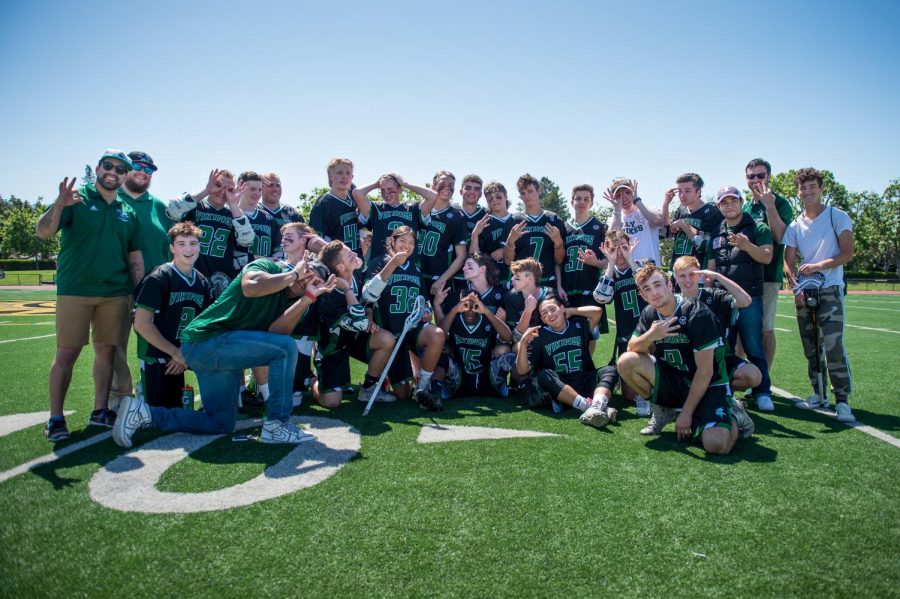 With an overall record of 44-19 and a league record of 31-5, it is safe to say the boy’s varsity lacrosse team has been tearing it up over the past three years. Over the same time period, the boys have won three straight SCVAL championships and have set the tone in the league as the team to beat.

“Over the past three years our program has been dominant, but especially in the league championship game this program always seems to step it up a notch,” Coach DJ Shelton said.

He is not wrong as the boys have put up a combined 42 goals while only allowing 15 in the past three championship games.

“We always seem to come out firing on all cylinders in championship games,” Aidan Gans (‘19) said.

Sadly the team did not have the opportunity to participate in CCS as the introduction of lacrosse has been long overdue as one of Paly’s only sports not included.

“It has been a discussion among the teams, schools, and CCS every year for as long as I have been coaching, it’s frustrating that it has taken this long but I’m glad it’s finally here,” Shelton said.

With the new addition of CCS next year the SCVAL tournament will no longer exist, ending the league’s record threepeat and the competitive tournament for good. This termination will result in less success for a majority of teams, as now if they are looking for a championship it can only be at the CCS level where competition has a significant increase with the introduction of many new teams.

“I am looking forward to what we can do next year in CCS it will be interesting to see how we fair against the other leagues and how they will construct the tournament or tournaments,”  Jackson Bishop (‘22) said.

CCS is yet to release the exact details of how it will run, but due to a small number of teams, there will likely be just one or two divisions, a D1 and an open tournament. While CCS is important for the competition, it has an even greater value for lacrosse.

“The addition of lacrosse to CCS means a lot for the sport as a whole, as an expanding and relatively new sport in California the growth and recognition gained will only help the sport moving forward,” Gans said.