The Viking Magazine • May 4, 2012 • https://vikingsportsmag.com/spring-sports/boysswimming/2012/05/04/girls-swimming-and-diving-wins-tenth-consecutive-league-championships-boys-win-too/ 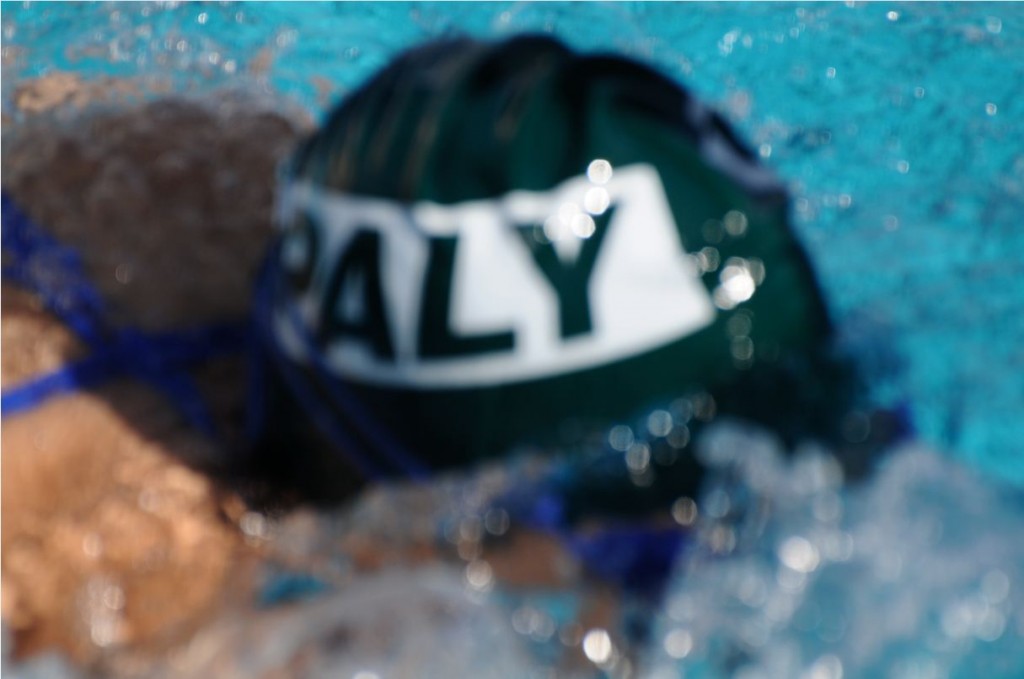 Head coach Danny Dye’s ritual dunking into the Lynbrook pool marked the Lady Vikes’ tenth consecutive league win at the League Championships and the boys’ seventh win in Dye’s eight years with Paly. The Vikings swept all four divisions, girls’ and boys’ swimming and girls’ and boys’ diving, for a record-breaking win.

Gunn girls lost their nine-point lead in the semifinals, placing second to Paly nine points behind.

“It was such an accomplishment because after prelims, we were projected as one point behind [Gunn],” co-captain Rachelle Holmgren (’12) wrote in an email.

“I feel so proud to be a Paly Viking,” wrote Haley Mortenson (’13) in an email, who placed fifth in the 100yd free and 11th in the 200yd free. “We all put in our best efforts and came out with another championship.”

Swimming and diving will compete in the Central Coast Section Championships next Friday and Saturday, May 11 and 12, at the Santa Clara Swim Center. 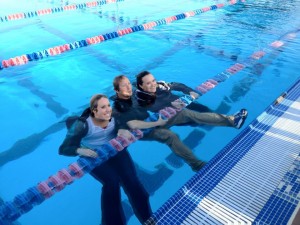