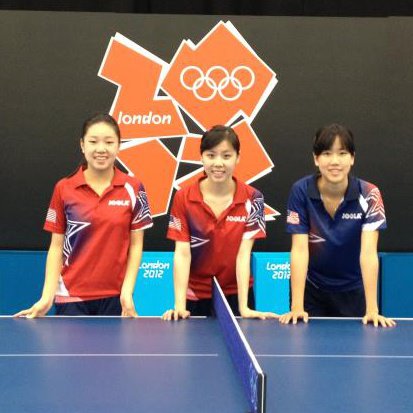 It’s pretty cool to be able to say that you saw your friend on the telly, especially when NBC caught her in a striking smile, waving to the cameras while walking in the Opening Ceremony of the 2012 London Olympics. Though Viking Lily Zhang’s (’14) first Olympic experience didn’t go quite the way she had hoped for, she still put in a strong showing as the youngest table tennis competitor at the Games and captured the well-wishes of her Palo Alto community.

“She’s been so amazing,” friend Felicia Wang (’14) said. “Everyone is so jealous about what she’s accomplished, and she definitely deserves it from all her hard work. It’s hard to believe that she can handle both all the school work (and still do well) and train so many hours of ping pong.”

Zhang’s hours were still few compared to those of the veteran competitors, and the 16 year-old lost her first round individual match 0-4 (6-11, 8-11, 7-11, 5-11) on the first day of the Games. But, she still held strong against Croatia’s 28 year-old Cornelia Molnar for a good 22 minutes with rallies averaging four returns.

But in no way were these results unusual for Team USA in this sport – the United States has never won a medal in the table tennis tournament since its Olympic  inception in 1988.

The trio’s young ages all leave much to the future, as most of their opponents are in their thirties or late twenties. If they each keep competing until they are 36 years old, they would each still have the chance of supporting Team USA in up to five more Olympic Games.

So, this is just the beginning. Fate seems to be pointing these girls in the right direction though – their roommates Catherine and Kelley Hurley just won a bronze for Team USA in the team fencing competition.

See the full results for Zhang’s individual match here and for the results of the team competition here.