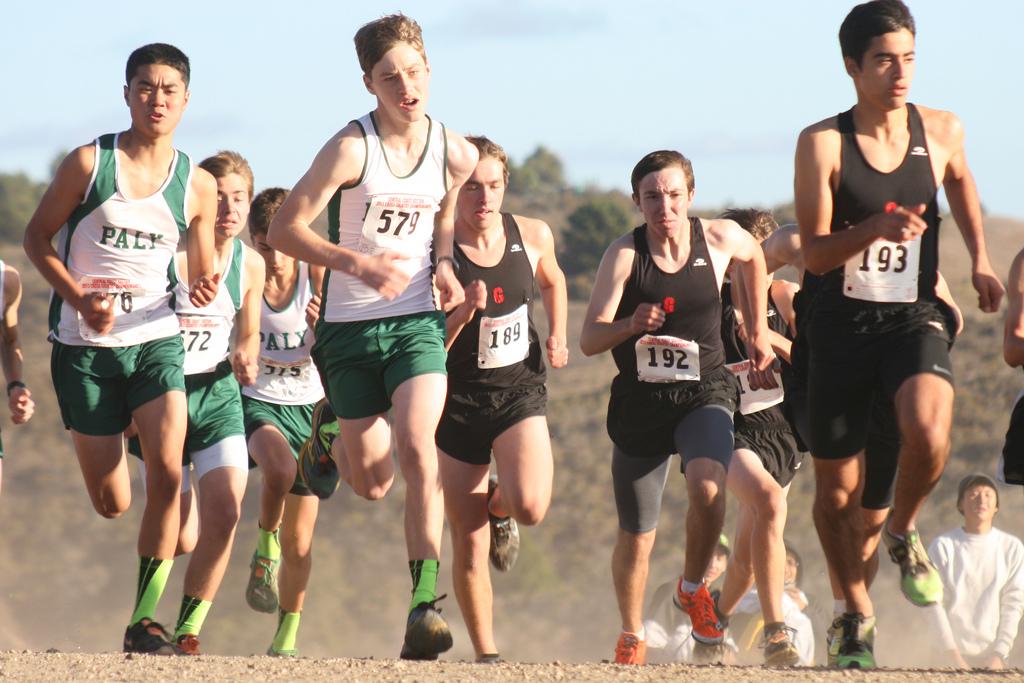 The boys’ cross country team placed ninth in the Central Coast Section (CCS) championships leaving them short of a qualification to the state meet and thus bringing their season to an end.

The boys did not enter the race in optimum condition as they were missing their fastest runner Lucas Matison (15’). Four days before the competition Matison suffered a bike accident which subsequently injured his hip making him unable to run. Matison was predicted to finish first in the race and qualify for the state meet.

“I looked at the first place time of the race and my time was faster so I wish I could have ended the season with everybody else and were able to race,” Matison said.

In addition to the absence of the Vikings’ first runner their usual second finisher Kent Slaney (17’)  was suffering from a hip flexor injury.

Through the adversity the young team still competed with full effort.

“I love my team they are amazing…they ran together and they were all within a minute of one another which is just amazing,” coach Kelsey Feely said.

The Vikings’ fastest finisher was junior Aaron Chandler (15’) running the 2.95 mile course in 16 minutes and 58 seconds. Next was Slaney with a time of 17:01. The other scoring runners were Kai Oda (17’), Ben Beaudry (17’) and Jake Gurle (15’). As individuals every runner earned a personal record by beating out their previous time raced at the CCS qualifier meet.

“All of us got our personal records and I think that says greats things about what we can do next year as a team just because we are so young and our improvement within one week was so substantial,” captain Griffin Carlson (16’) said.

The varsity team will not lose any seniors so next year the same team will have a second chance to try to make the state competition.

“All we need to do now is recover and keep training for next year and you can expect a lot of great things from us next year,” Carlson said.