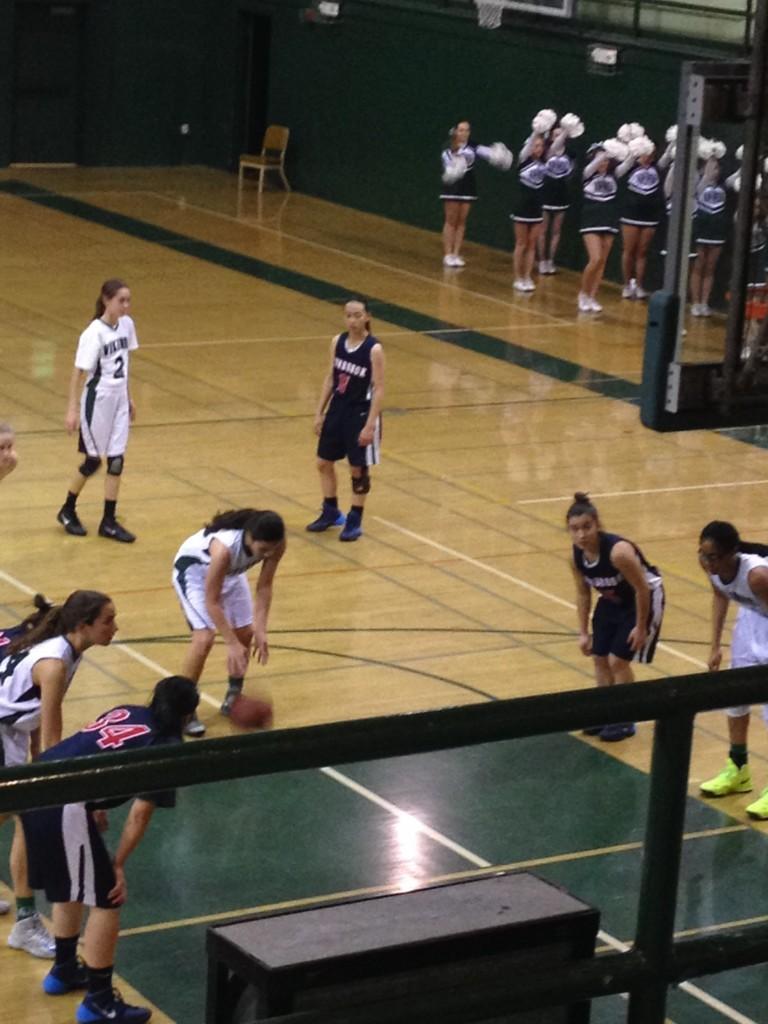 Lauren Koyama ('17) shoots a free throw during the game against Lynbrook. The Vikings lost 42-30.

In a low scoring affair on Tuesday night, the Lady Vikes of Palo Alto High School fell to Lynbrook High School 42-30. The Vikings trailed almost the entire night, having the lead for only a short moment in the first half.

Although the team lost, head Coach Scott Peters was happy with the effort from Paly.

In the third quarter Paly was able to hold Lynbrook to only five points with their high energy defensive play style. However, the offence was unable to produce only scoring eight points themselves in the quarter.

“The things we need to work on are just staying calm on offense and trusting our shots,” Peters said. “The things we have been working on are working.”

Alexis Harris (’16), who scored six points for the Vikings, agreed with Peters and thought the team played hard.

“I think we played well,” Harris said. “They’re a hard team. We played better than we did last time.”

For the next game, the Vikings need to work on rebounding on the offensive and defensive end.

“We’re good on defense, we just need to work on boxing out,” Harris said. “That’s the weakness on our team because we only have one big player.”

Even though the team could not come up with the win tonight, Peters was content with how the players played.

“We’re playing really hard, we’re boxing out and going for boards, Peters said. “I can’t ask much more from this team. They left everything they had on the court tonight.”

The Vikings are now 3-5 in league after tonight’s loss. Paly’s next game will be away on Tuesday, February 11th, against rival Gunn High School.