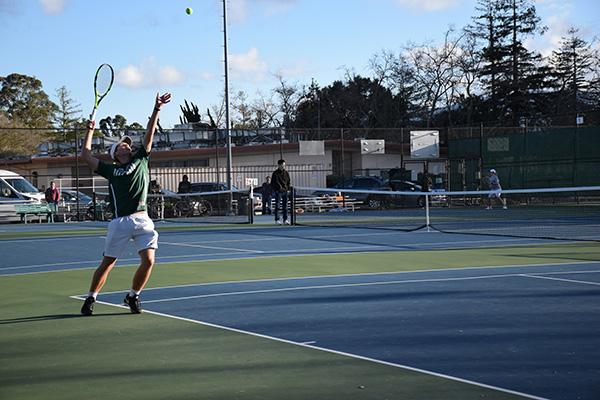 Team captain, Galper, commented on his team’s performance in their first match of the season.

“I think we played well. Our number one for the match, he had a tough opponent, but besides that we won everything pretty decisively,” Galper said.

Looking ahead, Chen commented on how he thinks his team will do this season.

“I think our team will perform white well for this season. We are in an incredibly tough league this year but hoping to push through this season. Our team looks incredibly promising with start players in every grade,” Chen said.

The team has two more matches before their tournament in Fresno on March 3rd and 4th.