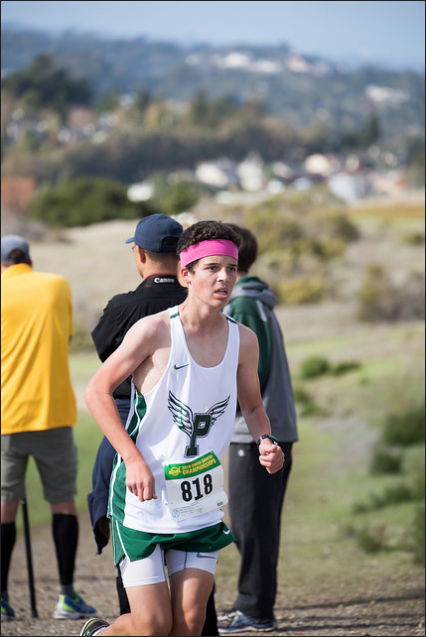 Reaching such heights this year could be difficult after losing 5 very impactful seniors that provided great leadership along with great running ability. That said, key returners Sam Craig (‘18), Reed Foster (‘18), and Henry Saul (‘19) are going into the season with optimistic attitudes and are hoping to lead a talented roster to the state finals once again.

Henry Saul (‘19) has been preparing with an unparalleled work ethic during the offseason in hopes of helping the team reach their goal.

“I have been running all summer,” Saul said, “I have ran more miles per week than I ever have before”.

Although the preparation has been hard work runners like John Tayeri (‘19) have found a way to mix in a bit of pleasure.

“I’ve been going on runs 6-7 days a week, usually with friends, mostly just to build up my mileage, nothing serious,” said Tayeri.

Saul has high hopes this season of becoming a captain and as a team making states. Even with a young team and the new CCS restrictions of only two teams making states – Saul has faith.

With the addition of the new gym the team hopes to put in extra work to gain an edge on the competition.

“I hope with the new weight room we can put the work in to better ourselves,” Saul said.

Tayeri has great confidence in the team as well.
“We have a great group of runners who have shown vast improvement over the offseason. We are confident that we can succeed as a team this season,” Tayeri said.

This coming season look out for Paly’s cross country team as they compete on all levels, challenge all of their opponents, and hopefully make and win states.

“In order to do well this year some of the younger runners really have to step up, but it looks like there is a lot of talent so I think our team will be fine,” Said Saul.

The team has high hopes of returning to states this year hopefully to come out with a championship, but only time will tell.

The team’s first meet is a scrimmage on August 31st against Gunn and Saint Francis. Their first non Scrimmage is on September 16th at Toro Park in Monterey, an invitational they are going to.