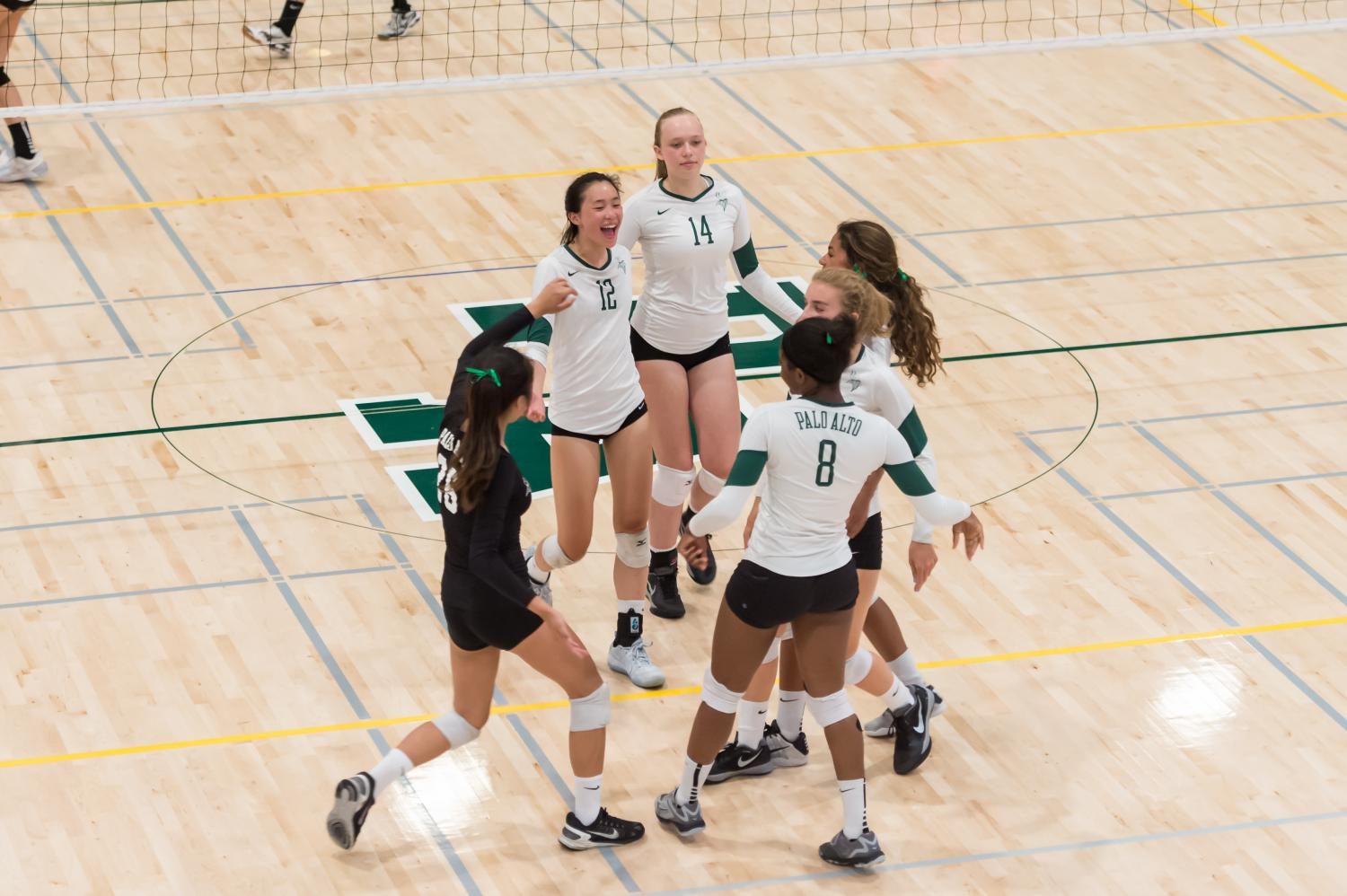 The girls volleyball team took a three sets to none victory in their league matchup against Homestead on Thursday night at the Peery Center.

Entering Thursday’s match, the team had just come off a Tuesday win against Lynbrook and, according to maxpreps.com, is 8-3 overall with a 1-0 record in league.

Homestead sparked momentum early in the first set taking the first three points. That did not last for long though as the Vikings fought back and scored five unanswered points which then lead to a 25-18 victory.

Set two and three showed some inconsistency in energy and serving for the lady Vikes. The Mustangs hung tough and fought back multiple times, winning long rallies and showing promise of a late comeback but Paly prevailed taking set two, 25-21, and set three, 25-22.

“Our biggest strength is the connection between the setters and the hitters,” Susanna Limb (‘18) said. “The setters do a great job communicating with everyone delivering perfect sets so our hitters can score.”

This year the Vikings are missing four senior players that played huge roles on the team last season, but Chelsea Fan (‘18) commented on the emergence of the team’s underclassmen.

“I think we’ve been playing pretty well together,” Fan said. “We lost some key players last year but a lot of our players are stepping into fill their spots. Mia Gibbs has definitely made a huge impact. She’s been playing middle and even though she’s one of our few underclassmen, she’s one of our key offensive players.”

Looking to continue their early success, the team’s next matchup will be against arch rival Los Gatos on Tuesday September, 19 at 6:45 at Los Gatos.