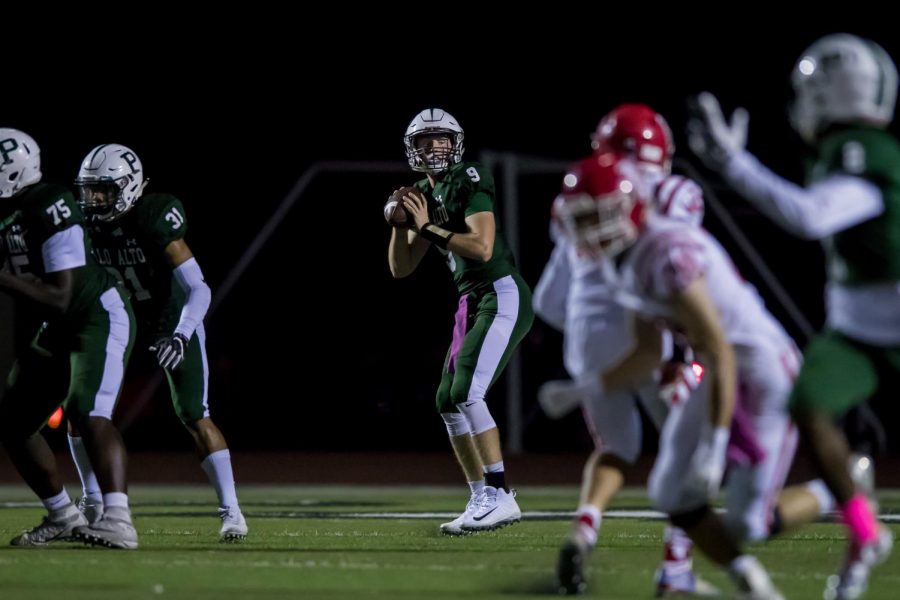 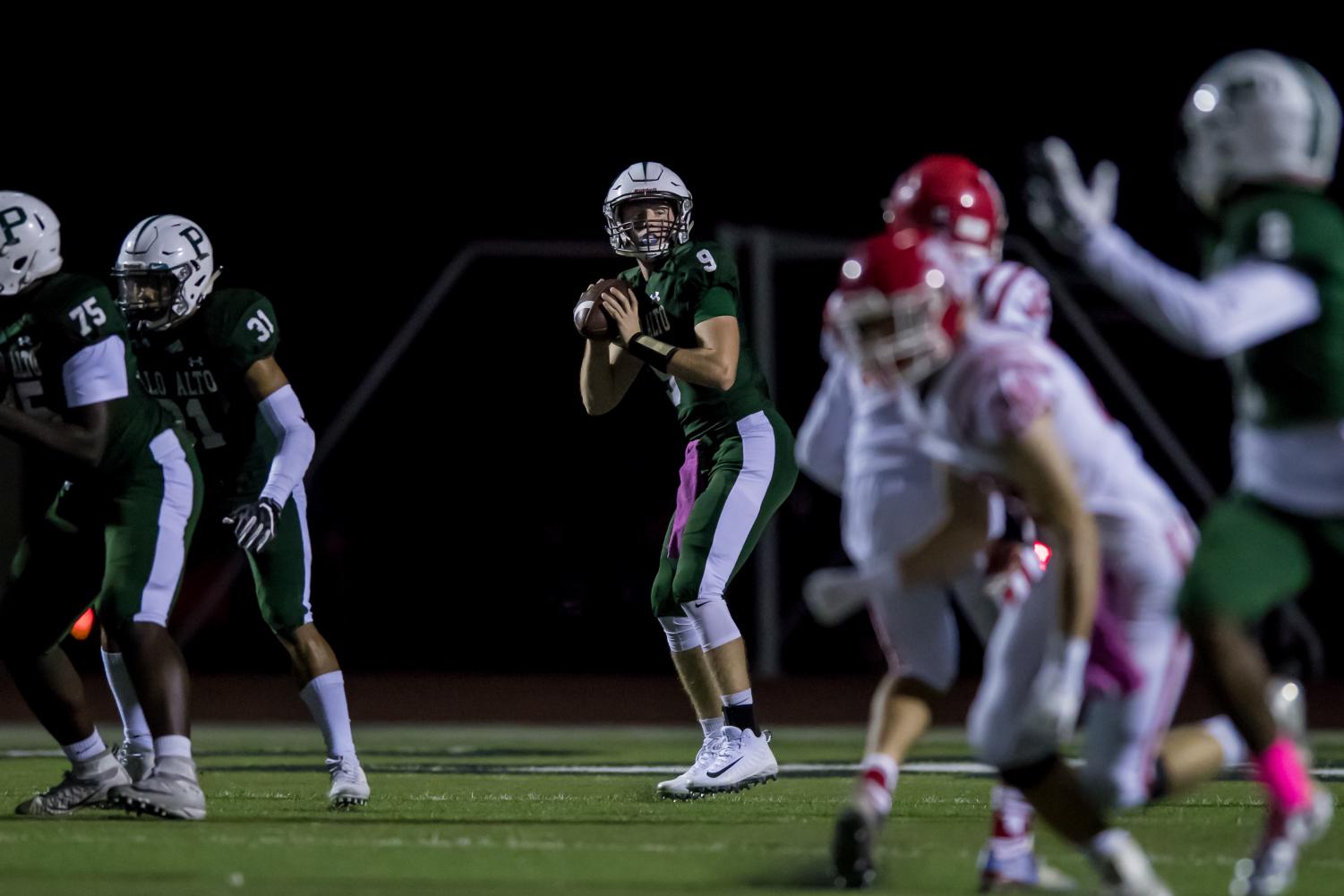 The Vikings started out the game slow, with the Saratoga defense forcing a quick punt on the first series of the game. However, the Vikings defense stepped it up on Saratoga’s first series, forcing them to punt right back.

The Vikings offense got going with Jackson Chryst (‘19) leading the way. Chryst had a whopping three touchdowns on the night, putting up arguably his best performance of the season. Chryst came out launching the ball, narrowly missing multiple targets down the field early in the game.

Chryst was able to connect with Wide Receiver Junacio Henley (‘20) for the first touchdown of the game, leading the Vikings to a great seven to nothing lead early on. The ball was placed right in the breadbasket of the receiver to cap off a quick drive for seven.

Saratoga however marched right back down the field and scored a touchdown of their own, tying the game up at seven.

The Vikings offense really got going when they began to give Paul Jackson (‘18) more touches. Jackson finished the game with a total of two touchdowns.

The most memorable drive by the Vikings was a quick two play, 77 yard drive that was capped off by a massive touchdown by Jackson. The drive was arguably the most impressive show of explosiveness by the Vikings this year, showing great heart by the Vikings.

The Vikings are now at a total of two wins which keeps them in the race for CCS playoffs.