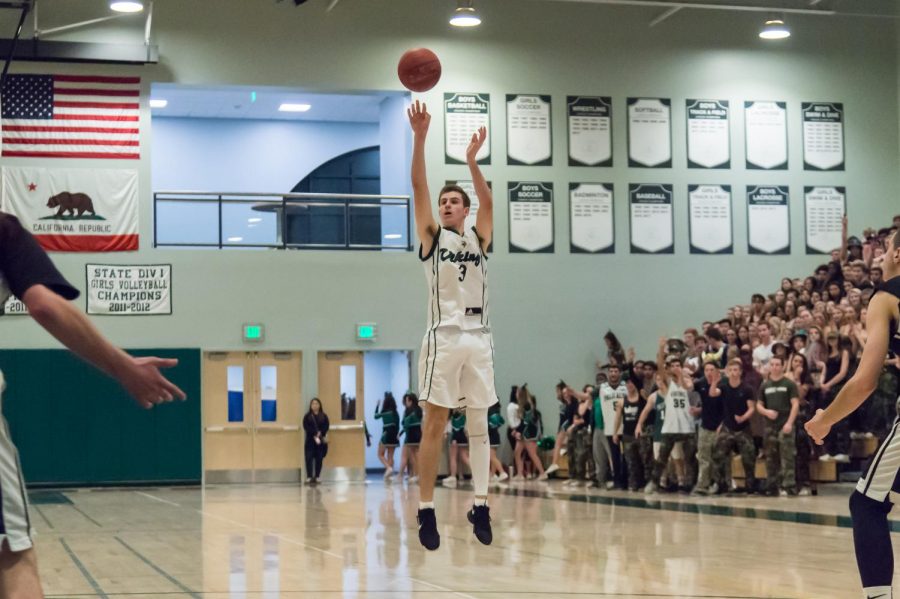 The boys basketball team defeated Homestead, 56-43, in a SCVAL matchup on Wednesday at the Peery Center.

Paly held Homestead to only eight points in the first quarter, but because of costly turnovers, the Mustangs offense came alive before the end of the first half cutting the lead to 36-28. In the second half though, the Vikings defense held Homestead to another eight point quarter in the third which sealed the victory.

“We played pretty bad overall but we are an experienced team and know how to win late,” Will Schmutz (‘18) said. We are going to have to limit our turnovers offensively and get more steals so we can get more easy buckets in transition.”

According to Maxpreps, the win pushes the team to a 13-2 overall record and 4-0 in league. The success has been there through the early part of the season but the group knows their play on offense needs to match the level of their defense to continue to win as the season continues.

“Our defensive ball pressure has been frustrating teams and allowing us to get easy fast break points,” Rojahn said. “We haven’t been playing very well on the offensive side so it is good that we are able to generate offensive out of our defense.”

The Vikings next match is against arch rival Los Gatos on Friday, January 19 at 7:45 at Los Gatos.