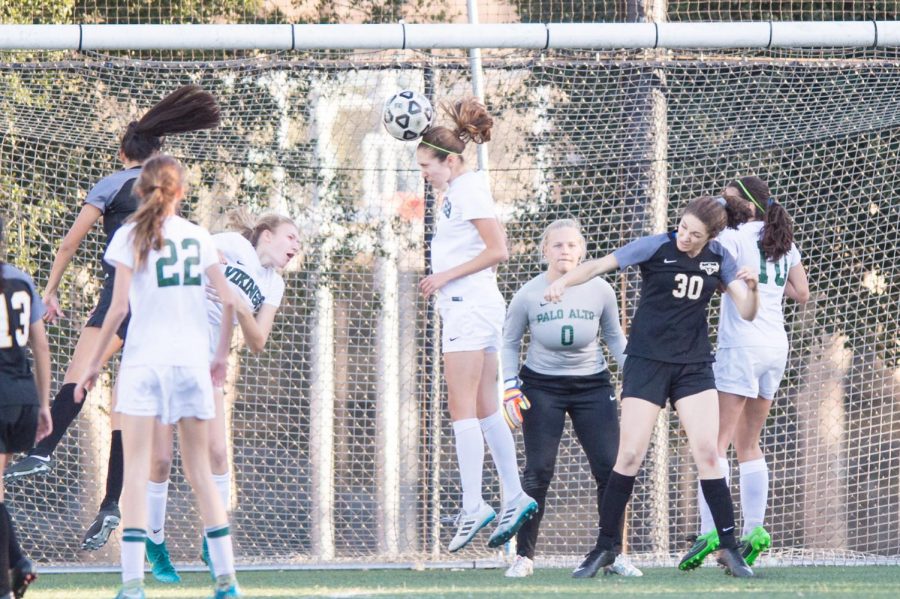 The Spartans scoring 2 goals within 30 seconds and another goal 10 minutes later, the second half was very difficult for the Paly varsity team.

“We had a lot of mistakes, and we paid for it,” said coach Ernesto Cruz. “There were mental mistakes, and then there were physical mistakes. There’s one thing [about the game] though: the girls never gave up. They finished strong.”

Despite getting a result far from what they wanted or expected, the coaches reminded the players to let the game go, encouraging them to look forward to Friday when they’ll play their final regular season game against Saratoga. Captain Ally Scheve (’18) shared the same positive view coming out of the game.

“It was definitely an unfortunate loss, but we are just going to move on from it and focus on our last league game, as well as playoffs,” said Scheve. “Since we have had an overall great season we are still going to make open division, which is great!”

After facing the Falcons, it’s onward to the CCS postgame season, which is highly anticipated every year. The match schedule won’t be posted until the weekend, but there are already some things the team anticipates working on before their first CCS match.

“I think we need to work on playing out of the back as well as just starting out super strong,” said Scheve.

Cruz reiterated that the team needed to stay focused and not let this game get into their heads. He also expressed that he is already very proud of the team, and expects great things in postseason as a result.

“We had a tremendous season, so we’re going to rank high in CCS,” said Cruz. “We have a solid team. We need to prepare mentally.”