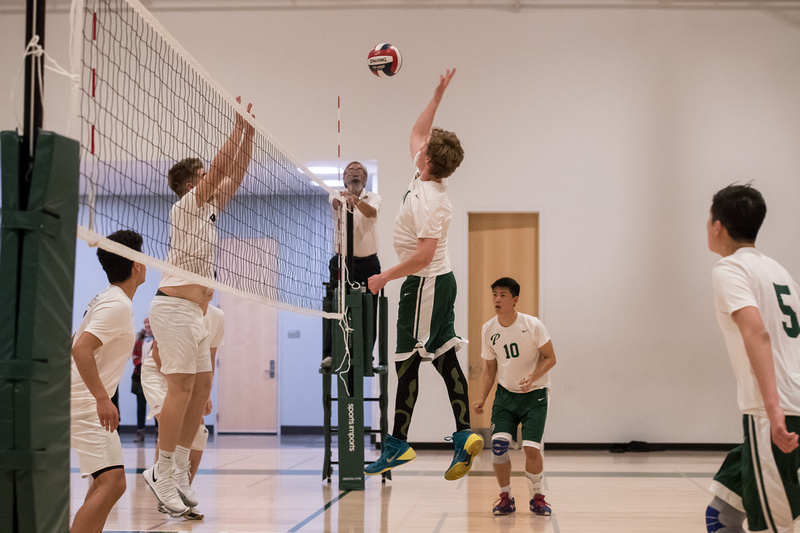 The Palo Alto boys volleyball team fell to the Wilcox Chargers 3-0 in their fourth conference match this Friday night at the Peery Center.

“They have been talking about [a boys volleyball team] for twenty plus years and girls field hockey finally opened up a slot for a boys team” said head coach Edward Yeh.

The Vikings and Chargers were neck and neck throughout the beginning of the first set, Paly leading 15-14 halfway through. The Chargers ended up taking the lead, fueled by a streak of four consecutive points. Wilcox went on to take the first set 25-19.

Paly lagged at the beginning of the second set as the Chargers landed some huge spikes. The Vikings began to bounce back as Bryce added two points to Paly with a spike and a tip. Paly kept their momentum as Finn Hadley stepped up to serve, leading to only a three point difference between the teams, Wilcox leading 10-11. Wilcox proceeded to pull ahead winning the second set 25-14.

The Vikings were unable to rebound in the third set, ultimately losing 25-10 and ending the match. The Vikings are ready to bounce back and will play next in a tournament on Saturday March 19 at Wilcox High School.

“[Next game] I want to get some solid blocks and embarrass the other team, that’s my goals” Bryce Doughman (‘18) said.