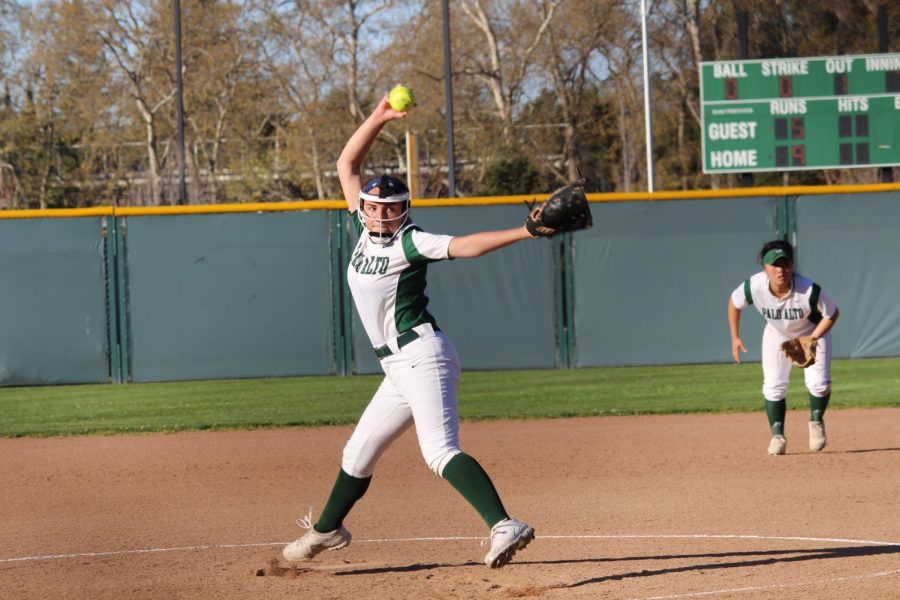 Pitcher Fabi Teofan ('19) allowed one run in four innings, and had two RBI's.

On Tuesday, the Lady Vikes had a walk-off 9-5 victory over Saratoga, breaking it open in the bottom of the fourth, and scoring six runs on a two-out rally.

Both teams got off to a slow start, but visiting Saratoga took a lead in the top of the third by scoring four runs. Paly bounced back in the fourth inning, making it 6-4 on a rally started by Ella Jones’s (‘20) RBI.

Saratoga tried to make a comeback in the fifth, but winning pitcher Fabi Teofan (‘19) held the Falcons to one run in her four innings pitched. Teofan also had a strong hitting game, driving home two runs in the fourth, and closing the game out with a three-run RBI double in the bottom of the sixth. 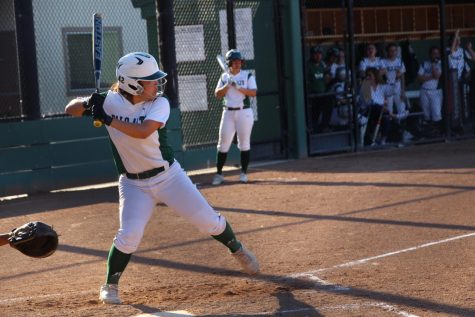 The Paly team took a little while to warm up their bats, leaving the bases loaded in the first inning but unable to bring their runners home. A majority of the early outs were hard grounders and line drives, but they were unable to find the gaps.

Coach Brooke Binkley is looking to improve the hitting. “I’m looking forward to watching the team progress at the plate, and stay strong at the plate,” Binkley said. “We were hitting hard, but it took awhile for the girls to adjust to the slower pitching speed.”

They played overall pretty well. They were hitting hard, but it took a while to adjust to the slower pitching speed.”

Overall, Binkley is happy with the girls’ performance, and she hopes to eventually win the league. Many games have been postponed due to rain, and the team is currently 4-4 overall, and 1-1 in league games.

About the Writer
Alexandra Lee, Staff Writer
Leave a Comment