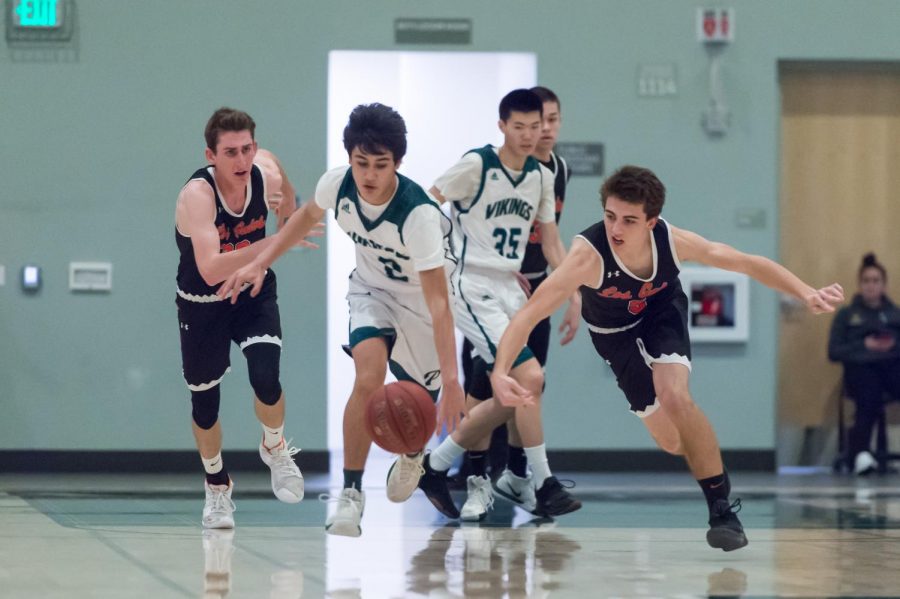 The Palo Alto Vikings boys basketball team were able to take down their rival, the Los Gatos Wildcats, at home by a score of 62-50.

“It felt amazing to beat Gatos on our home floor. We really needed that win to get our flow going again,” Matthew Marzano (‘20) said.

Paly came out strong as Marzano laid up an alley oop pass for the first points of the game. After one quarter, Palo Alto led Los Gatos by a score of 18-12.

In the second quarter Marvin Zou (‘19) heated up. He knocked down a couple of threes and beat the halftime buzzer with a floater as Paly remained in the lead, 37-24.

“We did a really good job of locking down defensively and being aggressive throughout the game,” Zou said.

By the third quarter, the whole team seemed in sync as they were able to extend their lead to over twenty points. The score after three quarters was 53-31.

“Going forward we need to improve on playing together and keeping our turnovers low just like in the third quarter,” Marzano said.

In the fourth, Los Gatos was able to go on a little run cutting the lead down to as much as ten, but that was not enough as Paly was able to hang on for the win.

“At the beginning of the season with the football players just coming back, we had to find our teams identity and now that we have integrated them, I feel like we can beat anyone,” Zou said.

The Vikings play their next game on the road against the Mountain View Spartans on January 14th.