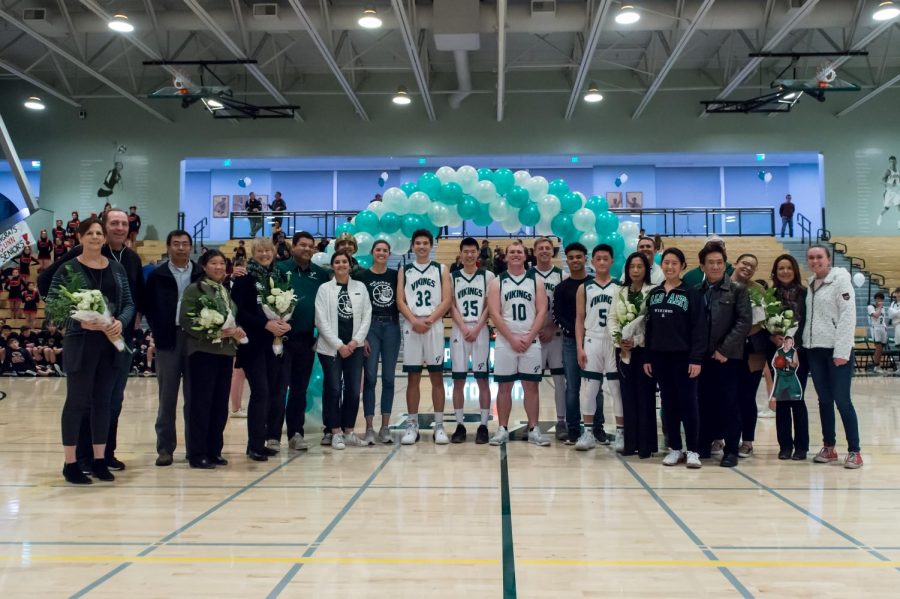 The Vikings went off to an early lead against the Titans before Gunn made a slight comeback to bring the halftime differential to only 8. Yet, the Vikings took over in the second half before bringing in all the seniors to close out the game.

Seniors Marvin Zou (‘19), Wes Walters (‘19), Jackson Chryst (‘19), Josh Wong (‘19), Dwayne Trahan (‘19), and KC Florant (‘19) all had excellent games for the Vikes in what could be the final home game in their high school basketball careers. In the second half, Walters had an excellent and-one (making the basket and drawing the foul) to put the Vikings up by 20 and seemingly close out the game. Zou, Chryst, Florant, and Wong both nearly cracked 10 points and had multiple defensive stops throughout the game. Trahan was held out with an injury, but showed support for his team throughout their senior night.

Starter Matthew Marzano (‘20) said “it was really fun to see all the seniors in their last game”. Marzano continued to say “it seemed like the seniors were really enjoying themselves but it will be sad to see them go after the season”.

The Vikings await their seeding and placement into the league and CCS playoff bracket.