Sports movies - they're the niche genre that never gets old. Here are Viking's top five picks for a movie night in. 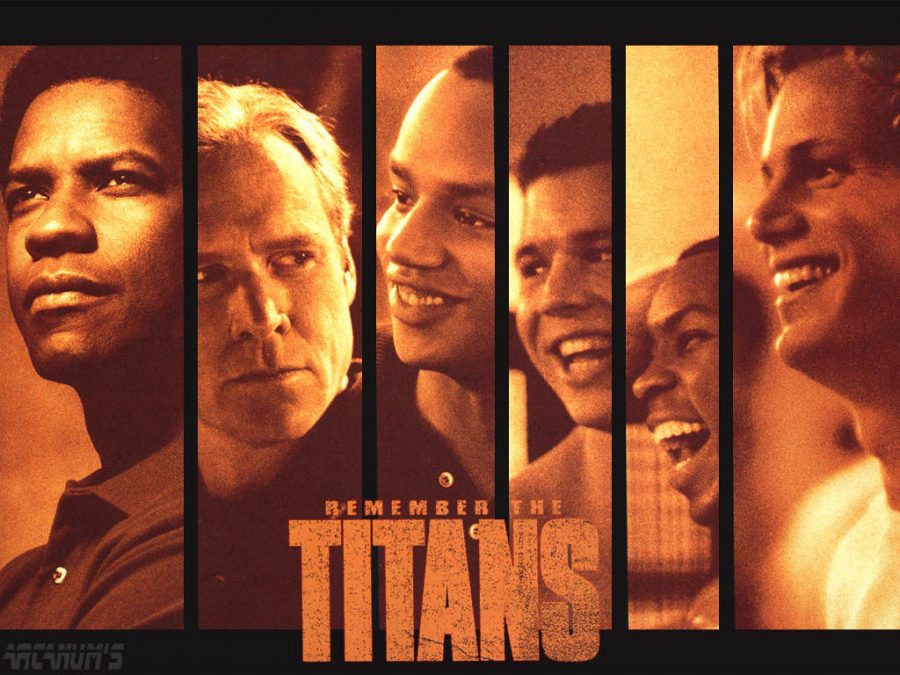 This movie is based on a true story of how Coach Herman Boone, the football coach of Williams High School in Virginia, tries to integrate a racially divided team. In Virginia, high school football is a way of life. The closer the team gets toward playoffs, the more intense football is celebrated throughout the school. The clashes between football and an African American coach is displayed when the local school board is forced to integrate an all-black school with an all-white school. This movie was very successful because it was able to capture the depth of each character in the movie, revealing new layers to their personality.

Billy Beane is a handicapped general manager for the Oakland A’s with the lowest salary constraint in baseball. His goal is to win the World Series, but how? He needs to find an advantage over all the other teams in the league. Beane is about to turn baseball on its ear when he utilizes data to analyze statistically the worth and value of the players he picks for the Oakland A’s. Based off a popular book, this movie captures not only the baseball aspect, but the behind the scenes mentality of the sport.

Rocky Balboa is a small-time boxer who is struggling to make it big in Philadelphia. Rocky is chosen to take on a heavyweight champion, Apollo Creed, who has gone undefeated. This is Rocky’s chance for a “nobody” to become a “somebody” in the boxing world. The match is supposed to be easily won by Creed, but that might not be the case. So again – it is the ultimate story of the underdog.

After moving to a new neighborhood with his mom and stepdad, Scottie Smalls manages to make friends with a group of kids, and they teach him how to play baseball. All together, they go on a series of adventures that bring all the kids together and into a tighter circle; however, the boys get into some trouble when Smalls borrows a ball from his stepdad that gets hit over a fence. This movie is able to use sports as a way to teach what it is like to grow up.

A homeless black teen, Michael Oher, has drifted in and out of the school system for years. A couple takes Oher in and provide a loving home for him where he can have a chance for an improved life. Oher’s enormous size and protective instincts make him an intimidating force on the football field. Finally, he realizes his potential, with the help of his family and tutor, as a student and football player.

During the year 1999, Ken Carter goes back to his old high school in Richmond in order to get the basketball team into shape. He establishes strict rules regarding both academic and sport life, and by doing so, he is able to accomplish setting the players on a winning streak. However, when the grades of the athletes start to deteriorate, Carter locks the players out of the gym. Now he has to face the complaints of the players and parents. In conclusion, even though this movie is based on a true story, it was effective and energetic with a strong central performance.

A high schooler struggles to get used to his new home in Washington State after his father’s death. Josh ends up finding a stray golden retriever dog which he ends up taking in as his own. After signing up for the basketball team, everything changes when he discovers that his dog, Bud, can play basketball extraordinarily well. Bud joins the team, and Josh becomes a happier person until the dog’s former owner, Norm Snively, returns in hopes of taking back Bud.

All his life, Happy Gilmore has wanted to become a professional hockey player; however, he realizes that he might have a talent in a totally different sport, which happens to be golf. Unfortunately, Gilmore’s grandmother finds out that she is about to lose her home due to financial problems. Gilmore then joins a golf tournament in hopes to win enough money to buy the house back for her. With his motivation and rude-mouthed attitude, he becomes a golf hero. This movie is a successful comedy that is built to make the audience laugh.

One night, an Iowa farmer, Ray, hears a mysterious voice that emerged from his cornfield. The voice said, “If you build it, he will come.” Ray felt like he needed to act on it. With the support of his wife, Annie, Ray builds a baseball field on his land despite the taunts he was getting from the mysterious voice. Then, the ghosts of previously-great players start coming from the crops to play. Ultimately, Ray learns an important lesson: to follow your dreams.

In a small town in Texas, high school football is more than a sport, it’s an obsession. However, when one of the stars on the football team, Boobie Miles, suffers a season-ending injury after the first game of the season, all hope get lost for the team. It is up to the new coach, Gary Gaines, to inflict a new sense of self-respect and honor.