At What Cost? – The Viking Magazine

Criticism abounded after the Houston Astros’ false denial of their assistant general manager’s outburst, in which he loudly supported the organization’s addition of Roberto Osuna, an accused domestic abuser. But the greater problem is being overlooked: the Astros were never held accountable for acquiring Osuna in the first place.

In today’s world, sports organizations across the globe manage their professional teams in completely different ways. Some will do whatever it takes to win, even if that means acquiring controversial players, while others will try to stay out of the media’s light so that they don’t get slandered by the fans. Whichever direction the organizations choose, they need to be held more accountable for their decisions.

A perfect example of this is Roberto Osuna, a relief pitcher signed by the Houston Astros who had been accused of assaulting a mother and her three-year-old son in Toronto. Even with these accusations, the closer went on to play in one of the biggest games of the year, Game 6 of the AL Championship. From the start, Osuna received hate: when he took his first steps to the mound, he was welcomed by boos and call-outs from fans. Osuna went on to pitch poorly, giving up a crucial 2-run home-run to tie the game up in the top of the 9th. Despite Osuna’s poor performance, the Astros went on to win the game 6-4, advancing them to the 2019 World Series.

After the game was finished, the assistant GM of the Astros, Brandon Taubman, turned to three female reporters and went on to repeatedly say, “Thank god for Osuna…I’m so f***ing glad we got Osuna.”

Now why would the assistant GM say such a statement about a player after a sub-par performance, especially to female reporters? After the comments transpired and started to spark national attention, one of the women released a report in Sports Illustrated, detailing the uncomfortable events. The Houston Astros chose to release a statement denying the report made of these comments by saying they were “misleading.” Yet three days later, the Astros came out with yet another statement, this time admitting that they were wrong and that Taubman’s comments were “inappropriate.” The Astros went on to fire GM Brandon Taubman for his comments and sincerely apologized to everyone involved with the incident.

From the start, the Astros knew what they were getting themselves into. The only reason they were able to afford Osuna in the first place was because no one else wanted to take the risk of receiving criticism, or wanted to deal with the moral implications of hiring a potential abuser. It’s similar to the Colin Kaepernick debate. Kaepernick was a quarterback who decided to kneel during the national anthem as a protest against police brutality. When this scene occurred, people were outraged, as fans across the nation thought Kaepernick was disrespecting the soldiers who fought for the United States. This resulted in him eventually getting cut and never being signed again because organizations didn’t want to take on all the baggage that came along with Kapernick as a player. Although Kaepernick was, by most, considered to be a top 32 quarterback in the NFL, organizations made the choice not to sign him due to the risk he carried.

Of course, this scenario is inherently different from Osuna’s. Kaepernick was never an accused criminal, but he, too, had been painted as a troublesome figure. Adding him to a team would spark controversy, controversy that owners feared could affect the locker room, controversy that would lead to suffocating media attention for the entire year. The NFL, whether justly or not, decided that the risk associated with Kaepernick was simply too great. The Astros, on the other hand, decided to take the risk with Osuna, an accused criminal, not a protester for social justice, 0taking him on as a player and as an alleged assaulter.

I am not saying signing Roberto Osuna was the wrong or right move from the Houston Astros. They are an organization, and thus need to do what is best for them and should do whatever it takes to win games. However, organizations need to be held accountable for the acquisitions they make; they can’t have it both ways. So if you’re the Astros and you want Osuna to pitch for you in the AL (American League) Championship, as an organization, you need to be ready for any backlash that the media throws at you and you need to be able to respond to the media in an appropriate matter.

Now, although the Astros did release a formal apology for the actions of their assistant GM and their false statement after the incident, as fans, we can’t just let big clubs off this easy. In this day and age, sports owners and people at the top of organizations are the ones who make all of the decisions, even though their brands are built off the backs of hard-working players. If a player makes one little slip up, their image is destroyed and they are usually slandered in the media. But when an organization does something wrong, we tend to forgive and let go of our misgivings. Why is this? Is it because when an organization slips up, there usually isn’t a face attached to the issues? Is it because we assume that the people in these organizations are smarter than the players on the field? Whatever the reason may be, it’s time for organizations to be accountable, maybe even more so than the players on the field. So although the Astros made the correct decision to fire assistant GM Brandon, they shouldn’t be applauded—they lied to the face of the media from the start. 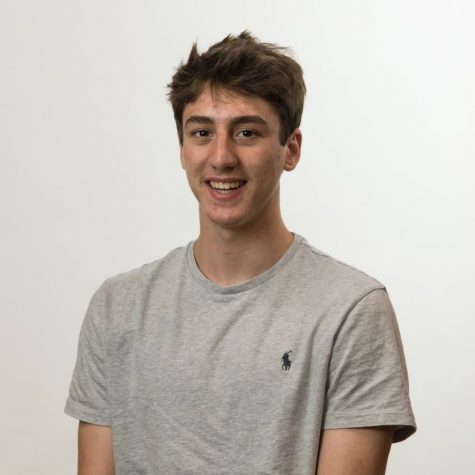