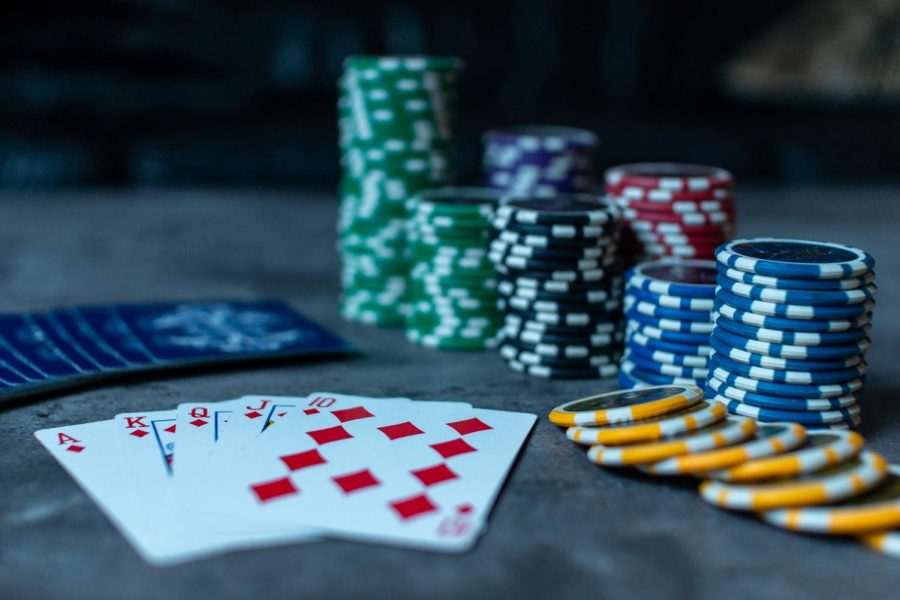 Each year, the World Series of Poker is aired on ESPN. Since the tournament’s origin in 1973, it now consists of over a hundred events. Each event holds a winner, and every winner receives a World Series of Poker bracelet as well as prize money based on their buy-in. Since the introduction of the tournament nearly fifty years ago, the game of poker has revolutionized into a worldwide phenomenon. Viking decided to try our very own poker competition where we played two poker games to find out who the ultimate poker player is in Viking.

There are many versions of Poker, but we decided to play Texas Hold ‘Em, since it is easily the most popular out of every one. In Texas Hold’Em the players are trying to make the best five card hand using the two cards they are dealt along with the five cards on the board. Playing poker with a group of relatively broke high school students, tensions are high and the stakes are even higher. However, because this took place in a school setting and therefore could not play for money, we had to come up with a way to mimic real money so people had something to lose (to prevent constant all-ins). We did this by simply telling all of the players that the games were for real money. Although this seems like it would cause problems at the end, all went smoothly and the winners had no problem with not collecting on their earnings.

The game started out rough for Gormley and Stanley as they failed to take a pot for the first 10 hands. Ryan Bara took an early $10 lead which he maintained by chip bullying the smaller stacks. Stanley started to play more aggressively in order to compensate for his early losses and this hand was a turning point in the game:

Stanley went all in on the river and Matt called to send Stanley packing after rivering the flush. Marzano maintained his lead throughout the middle portion of the game until another big pot went down.

Once again Marzano went all in and it paid off as his quads trumped Stanley’s full house and Gormley’s two-pair. The Game ended shortly after this huge pot and Marzano went out on top. Other players had opinions on how they felt the game went. I’d say it was pretty bad, cards just weren’t hitting for me left and right,” Bloom said after taking a tough loss.

Overall Viking had a great time mimicking a real poker competition. Although we weren’t able to realistically have an actual poker game with betting for money we did our best to create a similar environment. Through this competition Viking really showcased our poker skills as each player was determined to win every game. Our ultimate viking poker winner was Matt Marzano. He really brought the competition and proved that he was viking’s best poker player. While poker competitions are a way to make money we also feel that they serve as a fun game that friends and family can play to compete against each other.