Even as female athletes begin to top sports headlines for their achievements and breakthroughs, the Swimsuit Issue continues to be Sports Illustrated’s main coverage of women. With no choice but to confront the male gaze in sports media, female athletes take it upon themselves to define what it really means to be a woman in sports. 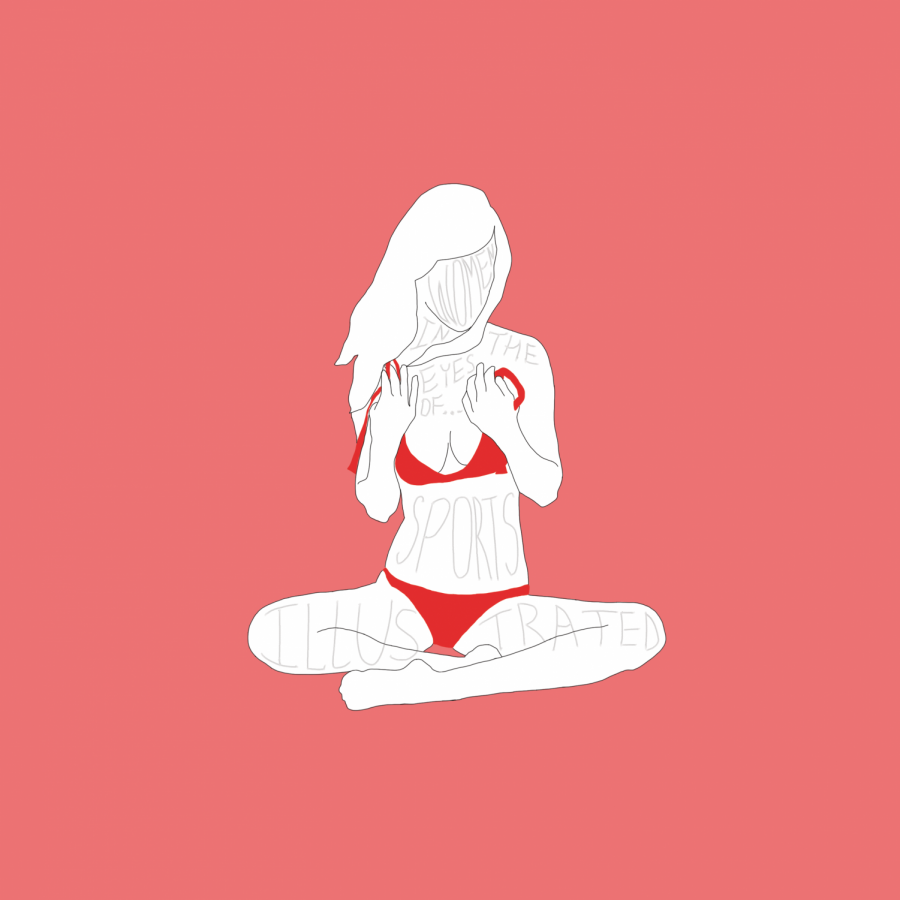 Busty women in skimpy bikinis pose their tanned and toned bodies in provocative poses on the sand. Spreads feature these beautiful models showing off their bodies. This is not Playboy — this is Sports Illustrated.

The Sports Illustrated Swimsuit Issue is published annually and features models and celebrities in revealing swimwear. For many models, earning a spot on the cover of this issue is considered to be an effective gateway to a successful modeling career. For sports fans, the highly anticipated Swimsuit Issue has become a cultural phenomenon.

Now a mainstream symbol of what sexiness and femininity should be, the Swimsuit Issue in modern times seeks to promote inclusivity as it features more races, cultures, and body types. Last year, the Swimsuit Issue featured a model dressed in a hijab and burkini, a full-coverage swimsuit. While this is impressive, Sports Illustrated has yet to address the real issue at hand. By featuring women on the cover only once a year as eye candy — even inclusive eye candy — the swimsuit edition perpetuates the male gaze in sports media. When female athletes are recognized for their appearance on the Swimsuit Issue rather than for their athletic accomplishments, their talent and hard work is belittled by the overwhelming response that implies that how they look is more important than what they’ve done.

Originally invented by editor Andre Laguerre, the first swimsuit edition was released in 1964 to fill the slower winter months where there wasn’t as much to cover in sports. The Swimsuit Issue then grew to be the major media phenomenon that it is today under the direction of fashion — read, not sports — reporter Jule Campbell, defining a new supermodel era.

During the cultural shift of the 1960s, Campbell capitalized on the ever-progressing social standards in order to “stir the pot a little,” per Laguerre’s request. Instead of using the typical “high fashion” models,  Campbell preferred younger, fresher models from California who appeared “healthier.” She wanted them to appear sprightly and energetic. These models were tanner and bustier than ever. From that point on, Campbell cultivated an empire. Being chosen by Campbell meant instant supermodel success, and the magazine profited immensely.

Despite being a lucrative money-making opportunity and a longstanding tradition, the Swimsuit Issue’s roots in the 1960s have proven it to be the result of antiquated gender norms, and it now only serves to remind people that an athletic woman is defined by how well she fits into a bikini. It’s a sign that the male gaze has become too dominant in our society when it takes highly sexualized images of women to increase readership for a sports publication.

In a publicized instance of the male gaze at work in 2004, then-president of FIFA, Sepp Blatter, suggested that female soccer players wear tighter shorts to increase the game’s popularity. Blatter’s infamous comment on women’s attire is an example of the sexism that women athletes face. The leader of what is arguably the most famous governing sports body in the world famously commented that women’s soccer is supposed to portray “a more female aesthetic,” which, as he explained, is why the women play with a lighter ball. Except the women don’t play with a lighter ball.

This only reflects the double-standard in regards to comparing female and male athletic bodies. While men are expected to be bulkier, larger and muscular, female athletes are still presumed to be thinner and more petite — a bikini body — no matter the sport.

As reporting of female athletes caters to the male gaze, talented women such as Simone Biles have to reckon with the fact their perfectly trained physiques are not the “ideal,” struggling with body image issues that men would not be faced with.

“Going to public school, nobody really had a body build that I did, and I was a girl, so the guys would sometimes make fun of me,” Biles said in a 2016 interview with CNN.

That kind of muscular build and her perfectly attuned body was exactly what enabled her to win four Olympic gold medals at a single Olympic games — an American record. Yet people still took to social media to make negative comments about her defined physique, reducing her incredible athletic success by refocusing the conversation to the shape of her body.

As a sports publication, one would hope that Sports Illustrated represents the gender diversity that exists in athletics, yet most of its magazine covers feature male athletes ranging from football players to basketball players to swimmers. While the magazine does recognize a few of only the most famous female athletes such as Megan Rapinoe and Serena Williams, women are scarcely mentioned until their turn in the spotlight comes in the swimsuit edition. When they are featured in regular issues, they are not often featured as the primary image, as many of these instances included images of women as insets or in collages of male and female athletes.

Female sexuality and athletics are two disparate realms that mesh together far too often. Whether it is the push for more skin-tight, feminine uniforms or the shaming of the musculature of female athletes, women’s bodies have always been under scrutiny in athletics. As a new generation of athletes rises to confront this issue, they make it clear that female athletes are not here to play to the male gaze as they take control of their own body image, confidence and empowerment.

Paly volleyball player Kimi Lillios (‘21) believes that while sports can help girls build self-confidence in their abilities and bodies, certain norms and media portrayals contribute to a competitive atmosphere where athletes feel inclined to compare their bodies to an ideal.

“At volleyball tournaments you’re surrounded by hundreds of girls, many of whom have stereotypical volleyball physiques,” Lillios said. “Since you’re at a competition where teams and players are inherently being compared, it’s easy to slip into the mindset that you should be comparing everything, including looks.”

Volleyball has a history of viewing female players’ bodies differently than male athletes. “Volleyball definitely isn’t alone in the fact that the girl version of the sport has more form-fitting clothing than [its] male counterpart,” Lillios said. “It’s a stereotype that’s been passed down over generations, and I think now that it’s established it’s so normalized.”

The way modern media portrays female athletes is part of what continues perpetuating this concept of how athletes and women should look. Working towards changing that narrative can help women slowly promote body confidence in athletics.

“The influence on young girls is where the foundation of body image and body confidence is established, and a lot of girls are influenced by these media outlets,” Lillios said. “Changing the message that we are sending out to the youth would change the personal narrative within each of these girls.”

While female athletes have come very far, there are still some ways to go. “Influencing the media isn’t an easy feat, so we as individuals also need to make a more conscious effort to promote body positivity and self-confidence,” Lillios said. “This movement is definitely becoming more popular, and people are catching on that what the media portrays isn’t always right or ideal.”

Despite these initial obstacles, her years playing volleyball have helped Lillios become comfortable in her body. “Sports definitely helped me be proud of my body, and in hindsight, I know that I would not be as confident in my own body if I hadn’t gotten into sports,” Lillios said.

For athletes such as Siskens and Lillios, sports has become a source of pride, and they have come to be proud of their athletic bodies.

“I think having an athletic build is a good thing and can be worth showing off because it represents the amount of effort you put in,” Siskens said.

Today, some sportswear companies are taking that step to uplift female athletes by marketing swimsuits for active women. Featuring women such as water polo player and Olympic gold medalist Ashleigh Johnson, JOLYN is one such brand that stays true to this mission by always including an athlete or model in an active context. “What makes JOLYN stand out from brands like Nike is how it’s so popular and flexible through many sports,” Chesnie Cheung (‘20), a Paly water polo player, said.

These steps towards positive media coverage of women make it clear that while behemoths of sports media such as Sports Illustrated continue to push out one-dimensional media coverage of women in the world of sports, there is still hope for female athletes as a new generation of athletes and sports brands takes the world by storm. While the Swimsuit Issue remains problematic and perpetuates antiquated norms, time and time again, women have proven themselves to be more than their bodies. As they find confidence in their athletic abilities, they uplift other female athletes around them.