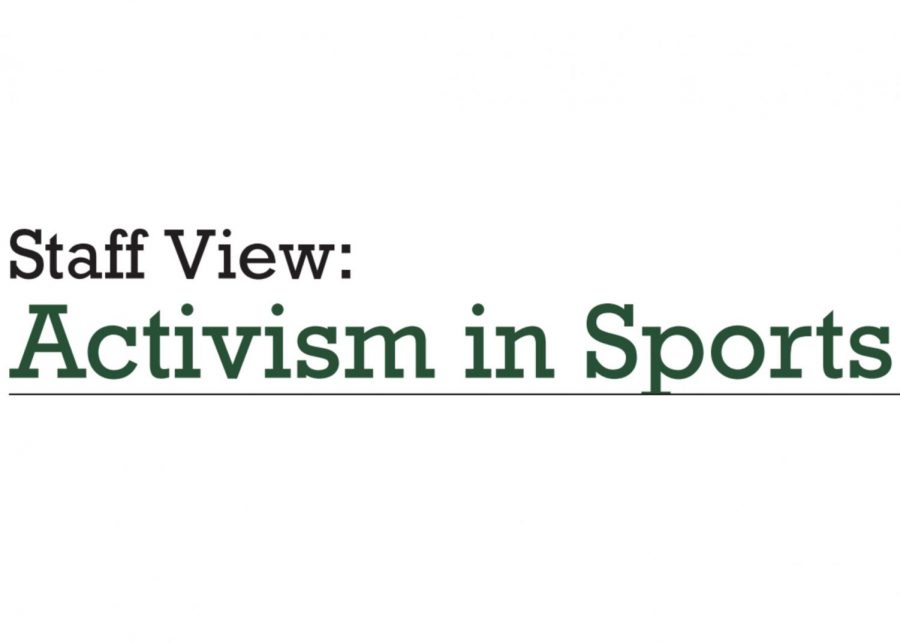 Throughout history, the place of activism within the sports world has been an extremely controversial and important issue. From Muhammad Ali’s refusal to join the armed forces during the Vietnam War to when Jackie Robinson broke the color barrier in Major League Baseball, politics have touched the sports we love in a myriad of ways. In today’s world, the relationship between sports and social movements is on the forefront of political discussion, and in a rapidly changing world, the relationship between politics and sports has taken on new forms.

In particular, the widespread influence of social media has elevated the status of famous athletes, and as a result, has redefined the role of athletes in the struggle for social justice. Athletes have a bigger platform than ever to speak out, and have used their role to speak out against the social injustices in our country, drawing both support and fierce opposition from fans.

On one side, many believe that the blend of entertainment and hotly debated social issues is a natural and positive development – supporters see the growing discourse as nothing more than the fair use of their heightened platform.

At Viking, we believe the most patriotic thing someone can do is to express their opinion about the state of the nation in hopes of inspiring positive and meaningful change.

When athletes like Colin Kaepernick and Megan Rapinoe kneel during the national anthem, they’re not disrespecting the flag or the armed forces. They’re using their first amendment right to peacefully protest against systemic racism, police brutality, and other injustices that have left African Americans powerless.

If positive change requires an act as controversial and powerful as kneeling or boycotting, then so be it.  And in fact, positive change has occurred as a result of these acts.

With the platform they have, athletes are in a unique position to inspire change.  They may play sports for a living, but their profession doesn’t detract from their humanity. In addition to being the best athletes in the world, they are equal citizens in our democracy, with a right to voice their opinion. To trap them within a box in which they have to put aside their feelings and “shut up and dribble” is degrading.

If politicians and fans alike are unable to recognize this basic fact, then athletes have no obligation to entertain us.  We relentlessly support them on the court.  It’s time we support them off the court as well.