Women in the Waves

Eliza Gaither, Kat Thomsen, and Isabella Jones share their experiences of what it’s like being female surfers in a male-dominated community. 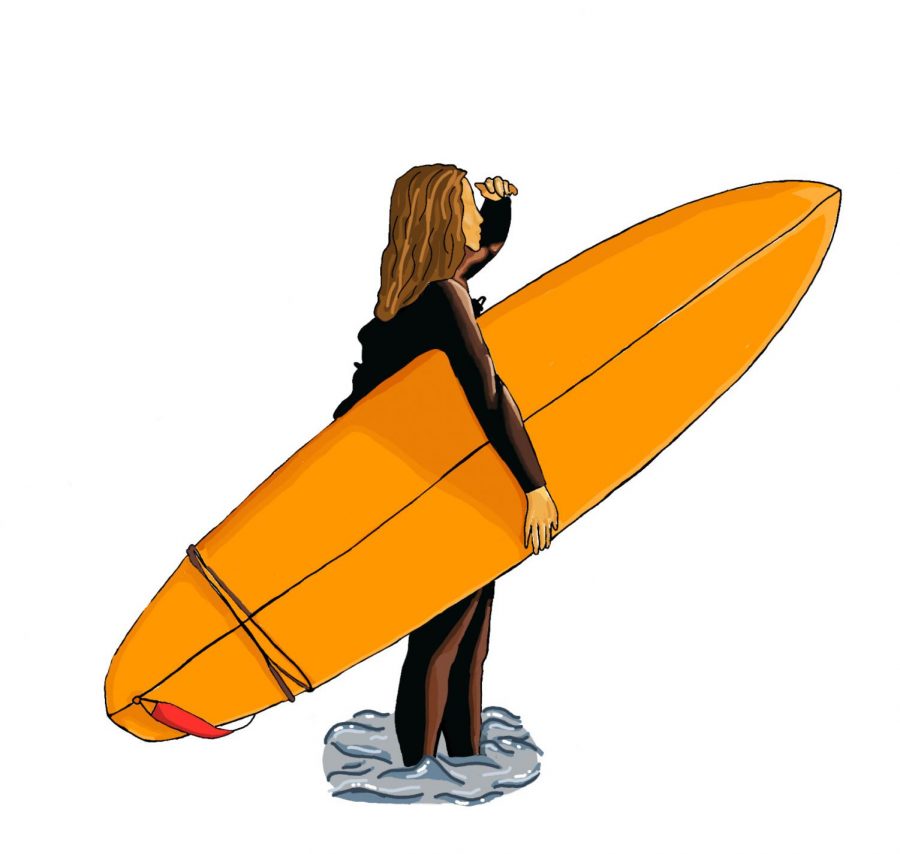 The warmth from the sun hits your face as you are lying on your board in the cool water. You see a promising wave coming in the distance and the water flows between your fingers as you start to paddle. The sound of a cresting wave fills your ears as it comes rushing in behind you and you hop on your feet. The adrenaline in your blood starts pumping during the thrilling ride and once it’s over you can’t wait to paddle out and do it all again.

Participating in a sport where you get to be on the beach all day while also working out seems like every athlete’s dream. This is one reason why the sport of surfing appeals to many and is gaining popularity.

Eliza Gaither, a freshman at Paly, has been surfing since she was eight years old. She usually surfs locally in Santa Cruz, but throughout the years she has surfed at various beaches in Hawaii, Mexico, and Santa Barbara. Like many others, she was very nervous her first time going out.

“I was with my dad and I was really scared to do it, but it was a lot less scary than I thought it would be,” Gaither said. “While you’re surfing, you don’t have worries in your head.” 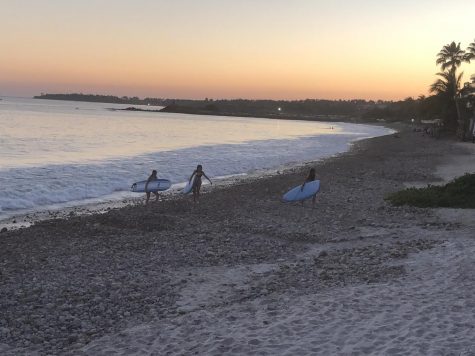 One thing she loves about the sport is being able to enjoy the soothing ocean water, which she, and other surfers, find very therapeutic.

“I love being in the ocean,” Gaither said. “Surfing is just a cool activity to keep working at while still being able to enjoy the ocean. It’s one of my favorite places to be.”

In addition to the peacefulness of this sport, Gaither finds it a great way to meet new people and build strong relationships. Many think that surfing can be a very lonely sport since you are on a board all by yourself. However, unlike other individual sports, the surfing environment is very social.

“I definitely talk to at least one new person every time I go out,” Gaither said. “That’s pretty nice.”

There is an extraordinary sense of community created, but an issue seen within that community is that it is known to be mostly made up of men. The lack of female representation has negatively affected many young female surfers, especially those who are beginners.

Katherine Thomsen, a junior at Paly, has been surfing for about four years. She has always skateboarded and decided to try out surfing since the two activities have many similarities. 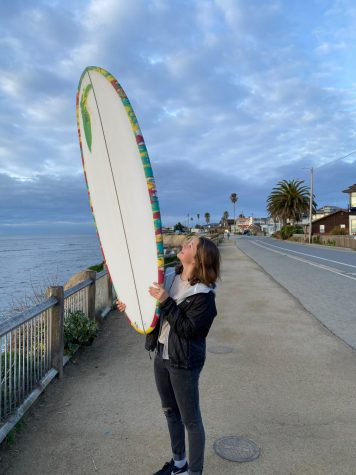 “Sometimes it can be a little intimidating, especially when you’re learning,” Thomsen said. “There aren’t a lot of other girls out there and you don’t know any girls who surf. That’s scary.”

Recently, there have been noticeable changes and more women have been getting involved in the sport. Although there is more participation, it is not prevalent in all parts of surfing. A lot of the representation tends to be mostly in longboarding. The larger board allows for more stability in the water, making it ideal for beginner surfers. Shortboarding, on the other hand, focuses more on tricks and other maneuvers, which makes it more suitable for advanced surfers.

“In a longboard break, it can be close to 50/50 [male and female surfers], which is sick,” Thomsen said. “But as soon as you go to a shortboard break, where the surfing is a little more intense and the waves are usually bigger, it’s mostly male.”

The World Surf League, which was established in 1976, has celebrated the world’s best surfers ever since. It hosts several competitions annually for the surfing community. This year, Maya Gabeira is the athlete who rode the biggest wave out of everyone, not just the female surfers. This accomplishment has been a huge step for women in the surf community.

“The sport is definitely changing,” Thomsen said. “Now you see girls on the tour doing crazy things that people thought just guys could do.”

Isabella Jones, a junior at Paly, has been surfing for five years. One of her idols is Bethany Hamilton, a well-known professional female surfer. 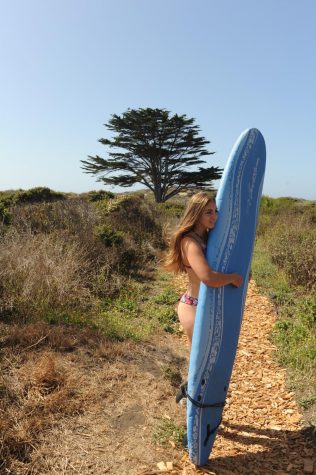 Hamilton is not the only inspiration for young female surfers today. Stephanie Gilmore has done the above and beyond for women in surfing. She has surpassed many milestones in the sport and has won seven World Championships. Her passion and dedication help push young girls to always strive for more.

From the community to the waves, surfing has made an impact on many athlete’s lives. This sport is constantly changing for the better as more people are participating and getting involved, especially women and young girls. Surfing is more than just a sport, it is a way to meet new people, find inspiration from others, and it serves as an escape from the chaos of everyday life. 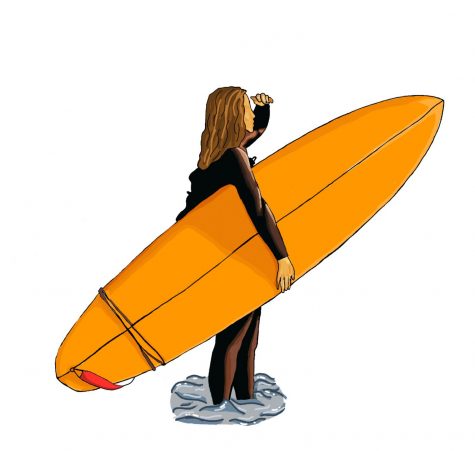