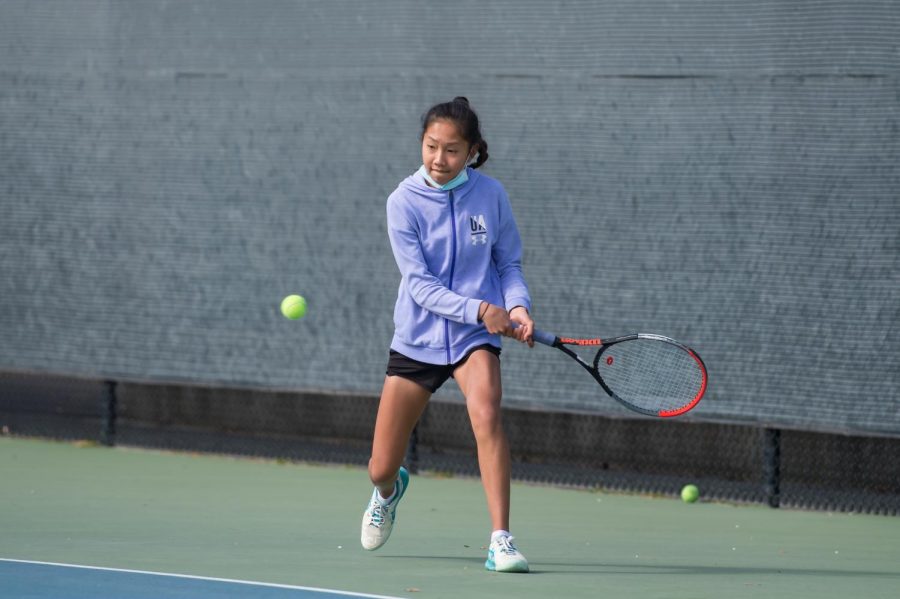 The Paly girls varsity tennis team was defeated 5-2 yesterday at home vs. Monta Vista. Despite coming off a strong win against Los Gatos last week, the Matadors proved to be too much for the young Viking team.

Yesterday’s match was a rematch against Monta Vista for the Vikings, who also lost 5-2 back on February 23. Coming into this match, the team knew that the Matadors, the #1 team in their league, would be a challenging opponent.

“With a tough opponent, I told the girls to just play loose and have fun,” coach Andy Harader said.

Despite dropping five of the seven games, the Vikings still had some promising individual success. Erin Li (‘23) continued her recent dominance with wins of (6-1) and (6-0). The Vikings will hope that these types of performances will spread to the rest of the team in coming matches. For now though, all they can do is learn from this loss and improve looking forward.

Although losses are always difficult, Harader seemed relatively positive in regards to his team’s performance.

“Next year, hopefully [Monta Vista] is not as good,” he joked.

The team will return to the court this Thursday, March 18, in an away game vs. Homestead at 3:30 pm.