Paly Girls Varsity Field Hockey opened their season with an impressive 5-0 win against Valley Christian at home. Lexi Gywn (‘21) had two goals, the first being a powerful penalty shot at the end of the first period. Phoebe Kim (‘22) had three goals, all in the fourth period. 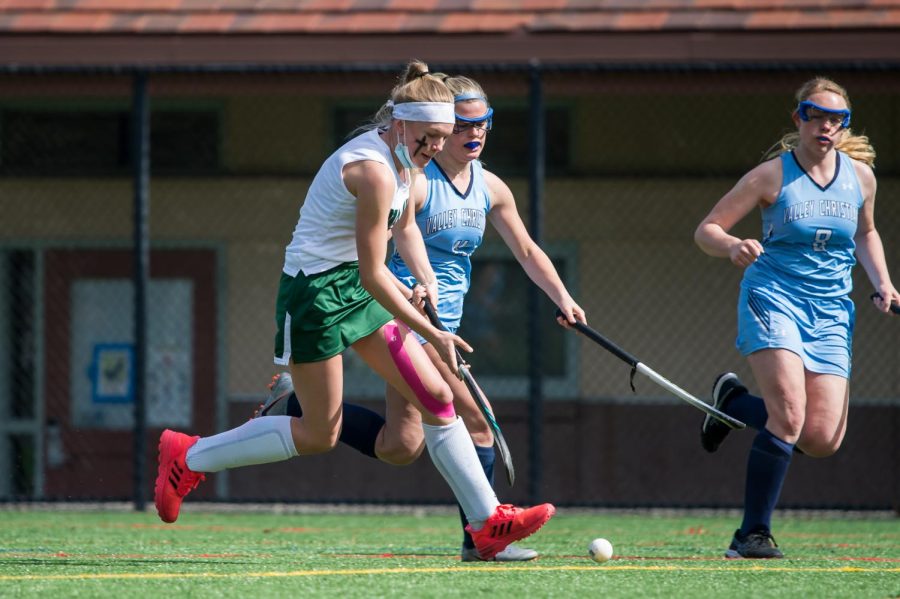 The Varsity Girls Field Hockey team won 5-0 today in a game against Valley Christian. This game was their first game of the season, and the girls had outstanding communication and positive attitudes throughout the entire game.

Paly was strong on offense, and the majority of the first half was spent on Valley Christian’s side, or the offensive side for Paly. Lexi Gwyn (‘21) had the first goal of the game at the very end of the first period. The clock had already hit zero, but it was a penalty shot opportunity. Gwyn scored again in the second half.

Paly started strong in the second half, mostly on the offensive side of the field once again. It was 2-0 at the beginning of the fourth period, but Phoebe Kim (‘22) scored the third goal right away, making the score 3-0. Kim was on a roll and had two more goals before the end of the game.

This year’s team has strong offense that holds a lot of potential. The girls are also excited to be back on the field after a year.

“I am super stoked to be out here again after a year. I think we brought some really positive energy and intensity, and our team chemistry is there,” Gwyn said.