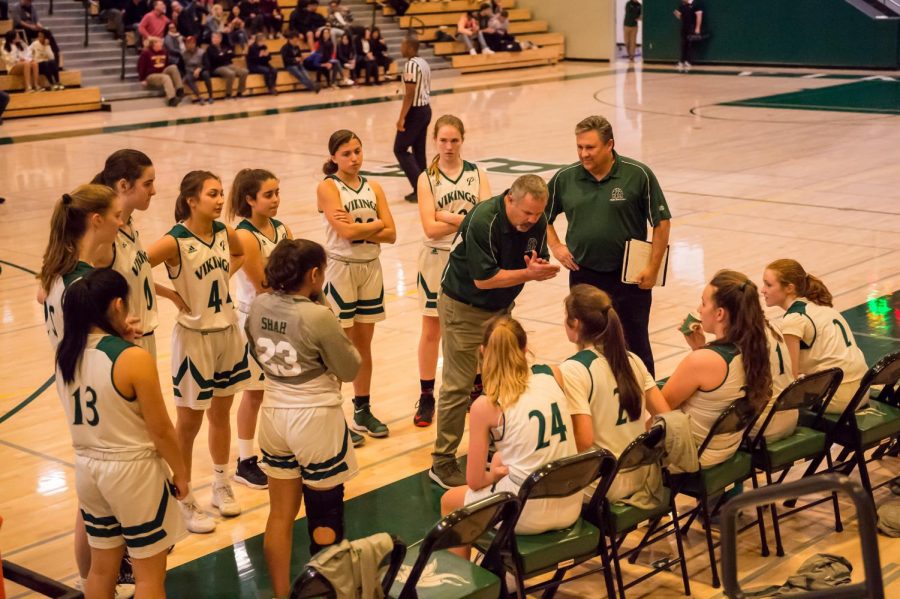 With the fast-changing COVID guidelines regarding indoor sports, it was unclear whether or not Girl’s Basketball would get a season. However, the new county guidelines which lay out a return plan for indoor sports have given the Girl’s Basketball team a chance at playing. Last season, the Girl’s Basketball team finished second in the league, losing in the Division 1 championship game. Afterward, the team won their first-ever Norcal game but lost their second Norcal game to end the season. The team looks forward to competing and building upon the successes of years prior.

“We have just gotten back to practice and it’s fun to see how we have all individually improved. Many of us have improved our shooting form and consistency,” varsity player Carly Martin (‘21) said.

However, this year’s pre-season preparation is going to be different from the years prior. All Paly sports are undergoing a shortened season, with only a little more than a month of gameplay. Barring any restrictions, the Girl’s basketball season is slated to begin games on April 14, which leaves the team less than a month to prepare.

Regardless of any abnormalities due to the pandemic, the team is still excited and hopeful for the upcoming season.

“I am just excited to be able to play,” Martin said. “We haven’t played in a game since the season was shut down last year and going a year without playing has been completely out of the ordinary.”

One thing the team hopes to improve on during their short preseason prep is working together, which is a very important aspect of basketball and many other team sports. Varsity Head Coach Scott Peters hopes that the team can strengthen their cohesiveness and play as one unit.

“After being away from each other for so long, we want to focus on developing great team chemistry,” Peters said.

The team consists of a strong group of players, with returning starting seniors Martin, Elif Turgut, and Ilayda Turgut leading the team with their four years of Varsity experience. Returning senior and sophomore MVP Annika Shah is also coming back post-injury. Returning juniors include Emily Neumann and starter Jessica Fiske, who both bring a year of varsity experience to the table. On top of the solid group of upperclassmen, the team also holds a large number of impactful underclassmen. Starting point guard Kaella Peters (‘23), starter Delaney Ball (‘23), Vivian Wu (‘23), and Itzel Torres (‘23) are all coming back for their second varsity season.

“One of our goals this year is to really appreciate being on the court and playing a game we love,” Peters said.  Covid has shown us not to take anything for granted, and we are very confident in our team this year.”

Updates regarding the game lineup will come when the Girl’s Basketball schedule is released.