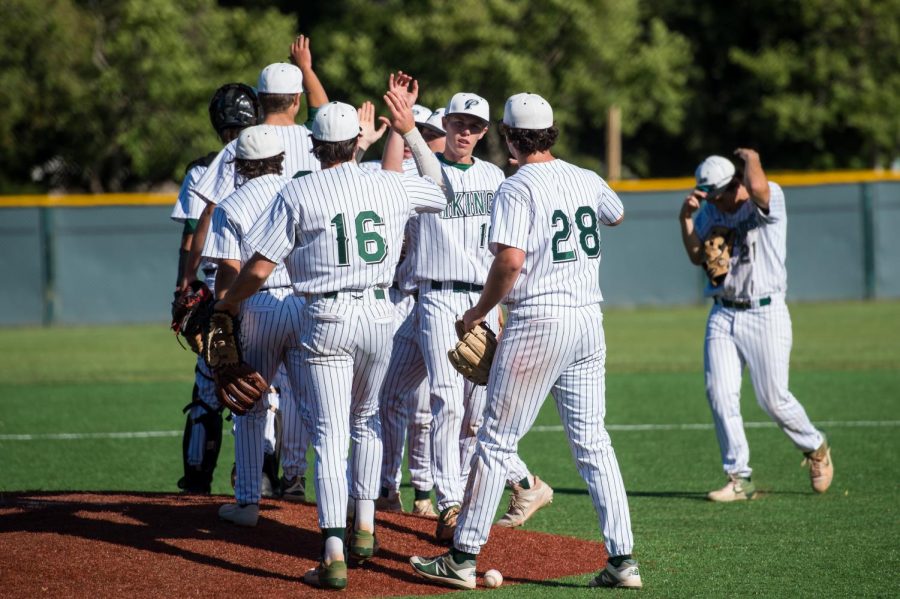 If one were to find themselves walking Paly’s campus in the early to mid-afternoon, they would no doubt be greeted by the unmistakable crack of the bat and the pops of gloves. The source of these sounds? The Paly baseball field, where the 21 players of the Paly Varsity baseball team are hard at work. After the majority of their season was cut short by the coronavirus pandemic over a year ago, the Vikings are back and playing some very impressive, high-level baseball. Their hard work and dedication, along with their subsequent success against competition on the field, are the reasons why the Varsity baseball team is the Paly Boys Team of the Year. 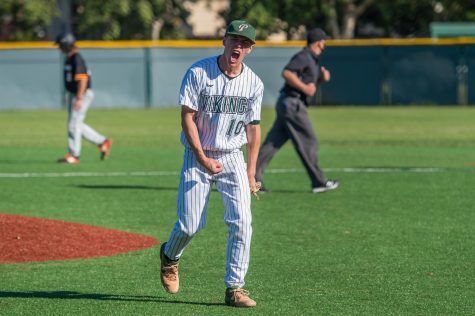 However, the question must be asked. What does it take to be named the Team of the Year? One word that immediately comes to mind is resilience. Due to extremely unfortunate and challenging occurrences over the past year, Paly baseball players are no strangers to this characteristic. After only playing a few games in the 2020 season, the Vikings’ season was abruptly halted in early March by COVID, robbing them of massive opportunities.

“It was a huge disappointment,” Ritter Amsbaugh (‘21) said. “We had big hopes for the season, and felt like we had all the right guys to win it all.”

Despite the crushing loss of a season full of promise, the Vikings did not let the disappointment overcome them. After only losing two graduating seniors, Dean Casey (‘20) and Austin Yu (‘20), the team felt poised to compete the next year with relatively thesame squad as before. To prepare for the 2021 season, many players hit the offseason with vigor, training every day in the gym and on the field. If their season so far is any indication, the hard work is certainly paying off. 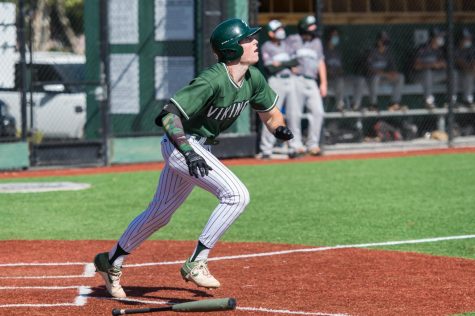 After being ranked the #19 team in the state of California in pre-season rankings from MaxPreps, the Vikings jumped into the season with a strong victory over Gilroy. Led by head coach Pete Fukuhara, they have rolled to a 10-2 record so far, with the only losses coming in a close game to Valley Christian and a tough game against rival Los Gatos. With a 27-game schedule and three to four games a week, the team certainly has a packed plate. However, they are just happy to be playing.

“My favorite part so far is definitely just getting back out on the field with the boys,” Bowman Wingard (‘21) said. “I look forward to being on the field each day to compete and win games.”

And win they have. Recent important victories over then-undefeated Serra and a 10-2 victory over Los Gatos on the road propelled the Vikings to be ranked the #2 high school team in the Bay Area. This success can obviously be largely attributed to the hard work and performance of the players, a team mostly consisting of upperclassmen. The Paly infield has been anchored by Amsbaugh and Tommy Hall (‘21) at the corners, and Xavier Esquer (‘22) and Zander Darby (‘21) up the middle. Senior Hayden Jung-Goldberg and juniors Henry Bolte and Zach Hayward have been locking down the outfield from left to right. Wingard and Dominic DeFeo (‘22) have both shared time at catcher. Senior Aidan Berger has proved to be a big-time bat for the Vikings.

“We’re tough to beat,” Esquer said. “We pick each other up and trust each other to do our jobs.” 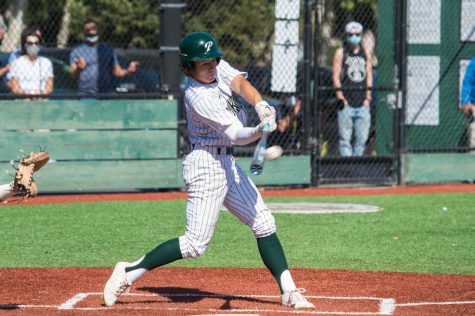 The Viking pitching has been especially strong this year, with seniors Callum Olsen, Ryan Harvery, Amsbaugh, Hall, and Colin Thibault, as well as juniors Josh Donaker, Rowan Felsch, Danny Peters, and Jack Haight, providing strong innings from the mound. One word to describe this team is deep. Outside of the normal starters, Dante Black (‘22), Andre Hyrkin (‘22), Sidd Shashi (‘22) and Charlie Bates (‘24) have all been solid bats off the bench. With the breadth of talent on this Viking roster, it is no surprise that they have found so much success this year. However, there are other reasons that explain why the team has been so impressive.

“The team has each other’s backs and is willing to pick each other up,” Darby said. “It’s such a great feeling when you know that everyone’s number one priority is to beat the other team.”

The chemistry and brotherhood that the Paly baseball team has built is no mistake. The core group of seniors have played with each other for years, and have established extremely valuable friendships that benefit them both on the field and off. The senior leaders, along with the rest of the team, have created and fostered a culture of winning and family that one would be hard pressed to find anywhere else.

“They are all my brothers,” Amsbaugh said of the team. “I don’t know what kind of person I would be without them.” 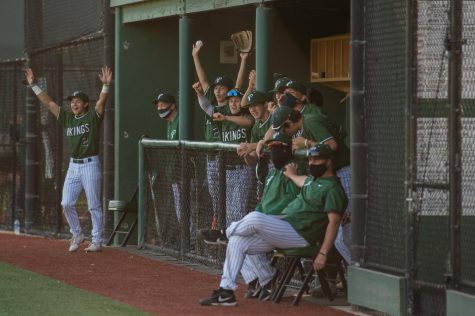 “This is my last chance to play the game I love with all of my best friends,”  Darby added. “My time with Paly baseball is coming to an end, which has fueled me to take the team as far as possible.”

By all indications, Paly varsity baseball will continue to provide its fans with exciting baseball and a whole lot of success the rest of this season. The sky is the limit for these boys.

Without a CCS meet, perhaps the best Paly boys swim team in the school’s history was forced to make their mark in the regular season meets. The boys demolished a 200 freestyle relay record by nearly three seconds with a time that would have likely challenged for first at a CCS meet. Sophomore Ethan Harrignton also led off the relay in a remarkable 20.87: the fastest 50 freestyle split that the Vikings have had since D1 star Andrew Liang swam a 20.14 as a senior. Junior Harrison Williams, who anchored the record-breaking swim in 20.64, believes that this team found success as a result of what had been taken away.

“What made the team really successful this year was the amount of young talent we had, he said. “As well as everyone’s desire to win after not getting a chance to compete last year.”

While the team will lose a key senior class, hopes of a CCS title in the years to come are still valid. In previous years, a single race might yield one or two swimmers who earned their CCS cut, but this year it wasn’t uncommon to see all four athletes in each heat hit the time standard. The team had an unprecedented 21 athletes post times under the CCS standards in just three days of competition.

While we will never know what this team could have accomplished at a CCS meet, the athletes certainly took advantage of the few days of competition that were granted to them – which is the mark of a great team.