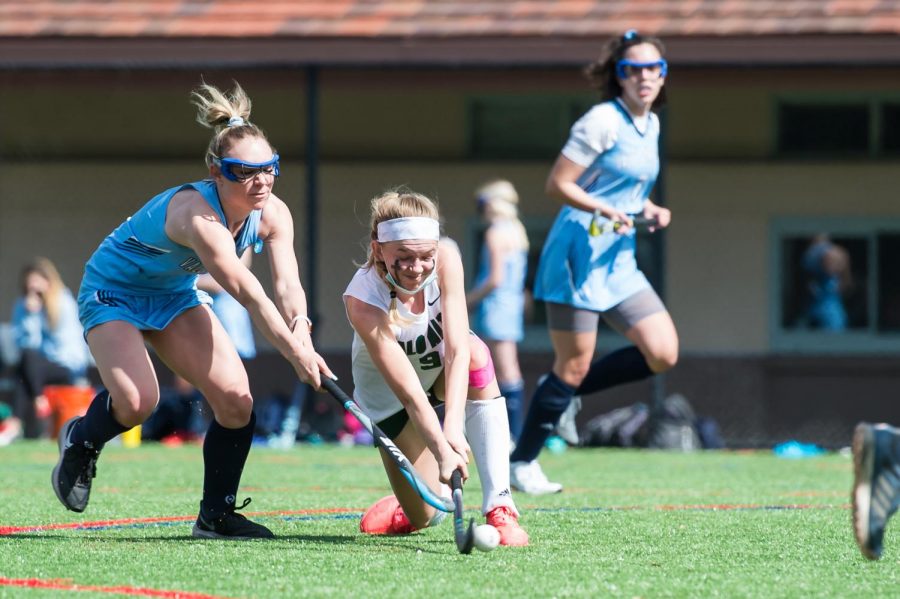 After dominating their league and often keeping opponents scoreless, the girls field hockey team undoubtedly deserves the title of Girls Team of the Year. Despite only recently becoming an official Paly sport, the team went undefeated this year and capped off a dominant season with the league title. The team was created by founder Lexi Gwyn (‘21) as a freshman and this year was a true testament of the hard work the girls have put in as Gwyn entered her final season with the Vikes. Although the season was both delayed and shortened, the Paly girls field hockey team truly made the best out of the opportunity to play and showed remarkable improvement as a team. It was an incredible showcase of talent given three years ago, no one knew how to play aside from Gwyn.

Three years ago, Girls Field Hockey was not offered at Paly, but Gwyn’s passion for the sport drove her to create a high school team and share her love of field hockey. In her first year at Paly, she started a petition to show the school board and athletic director that there was interest in having a sport. Adding a new high school sport was a big investment given the equipment needed to play, so Gwyn needed all the support she could get to make her wish come true. After getting 48 signatures on the petition, she started a field hockey club that met weekly to develop their skills. Gwyn used this time to introduce basic rules and get the girls familiar with the sport. However, Gwyn couldn’t run the team by herself; if she wanted field hockey to become a Paly team, she needed a coach.

With the help of her mom, Gwyn found Jenny Crane, a special education teacher at Paly who played Division 1 field hockey at Cal Berkeley for four years. Crane agreed to be the girls field hockey coach as well as advisor for the newly formed club. Over the summer, Crane and Gwyn set up clinics to raise interest and draw girls to sign up. This was when the athletic director finally approved the team and field hockey became an official Paly sport. A crucial part in the team’s approval was the Title IX guidelines requiring an equivalent number of boys and girls high school sports teams. WIth boys volleyball recently being added, Gwyn seized the opportunity to add her favorite sport to the list of Paly teams. In 2018, Gwyn finally played her first season of Paly field hockey. 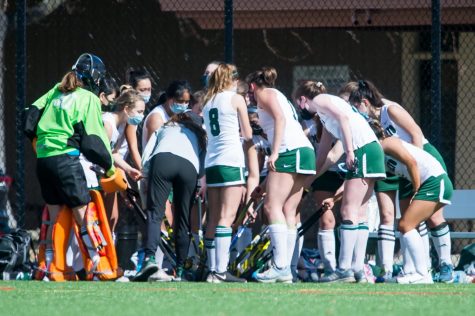 Despite their humble beginnings, the girls field hockey team won the league title this past season, and what is most impressive about their accomplishments is how far they have come. Their dedication, hard work, and commitment is why the field hockey team most definitely deserves the title, Girls Team of the Year.

Going from beginners to undefeated champs was not handed to the team. Through the offseason, practices, and games, victory was earned. While they struggled in the beginning seasons, the team was determined to reach their goal of becoming unstoppable. Even with a shortened season, the girls put thebest efforts forward to work cohesively as a team and execute their goal.

Although Gwyn was the only one who came in with previous knowledge on field hockey, others learned quickly to help Gwyn execute in games. Midfielder Phoebe Kim (‘22) was a notable part of the team’s offense, as well as top scorers Kellyn Scheel (‘23) and Natalie Hmelar (‘22). They came into the season ready to fight and improve as a team, seizing every opportunity they got to play.

“We truly made the best of our season,” Kim reflected, “this year was a testament of all the hard work we have put in over the past 3 years, especially in the off season.”

Gwyn highlighted that a crucial part of their victories was how connected the team felt, on and off the Field. The first year, the team had no seniors graduating, and last season the team only said goodbye to two. Gwyn believes this is what has allowed the team to gel together, knowing exactly where each other are on the field and working together to win.

“We worked hard for each other because we understood each other. We know each other and I think that’s how we really went from not being a team to winning league,” Gwyn said. “We’ve been there for each other for so long that it strengthens your character and your attitude, which 100% contributes to our performance as a team. You don’t just hustle for your skills, but you hustle for each other and that really showed in our gameplay.”

None of the team really knew how well the season was going to go, but working together, they began to feel the satisfaction of competing and winning their games. Starting off strong with a whopping 5-0 win against Valley Christian, their energy and determination set the tone for the rest of the season. Hmelar, an offensive star, was really proud of their hard work. 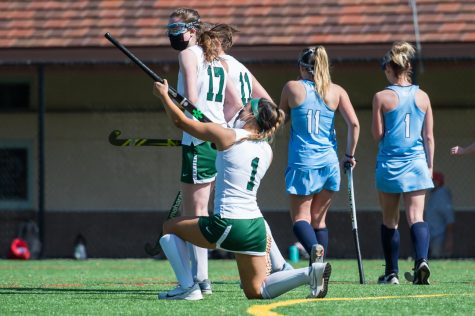 “Each and every game we left feeling spectacular,” Hmelar said. “The feeling from the last games only motivated us more for the next ones.”

With only 3 players choosing to play club outside of Paly, so other members on the team practiced and improved in their own ways in preparation for the season. The individual efforts were a main contributor to the unexpected achievement. The players left their heart out on the field, and the scoreboard was a token of their success.

“We were once known as the underdogs who couldn’t keep up,” Kim said. Now we are a team who can score six goals effortlessly against teams who crushed us only a few seasons ago.”

Former Paly football coach, Louis Valdez, helped the team gain momentum in their first season playing and set the stage for the upcoming years. He talked to the girls and explained how the first season would be focused on skill: they would just begin learning the basics and weren’t expected to win any games. That year they scored a total of three goals over the course of 18 games. The second season was about building on those basics and starting to connect with one another. That year they scored 35 goals over the course of 18 games. Then the third season, which was the last season Gwyn would play for Paly, it was about winning. This year the girls scored 45 goals in just 9 games. Their overall record for games this season was 8-1, but the girls went 7-0 in league to become reigning champs. Reflecting back, the team realized how their efforts matched exactly with what Valdez had outlined.

Their improvements and hard work led to outstanding success which is what ultimately makes the girls field hockey team, Paly’s Girls Team of The Year. The perseverance and determination that each of these girls held was inspiring. The ability to go from nothing to having a winning record of this nature is an incredible accomplishment.

If it weren’t for the impressive accomplishments of the Girls Field Hockey Team, the Girls Lacrosse Team was a top contender in the race for Girls Team of the Year. The lacrosse players have a strong chance to win league this spring, and with the new vote that CCS will occur, the team could qualify to play during the summer. This is the very first year that Girl’s lacrosse has been added to the list of sports competing in CCS, which is the ultimate team goal.

To begin the season, the team started off strong, going undefeated and beating their biggest rivals, Los Gatos and Mountain View. Unfortunately, the team dropped games to Gunn and Los Gatos later in the season. Despite the losses, the girls still have an opportunity to win league. These setbacks have fueled energy to push harder. Everyone on the team hopes to continue the winning streak they had started in the beginning of the season in hopes of qualifying for CCS and winning league.

A crucial part in working well together on the field are the positive efforts the team has made to bond outside of practices, which substantially helps the chemistry on the field. Prior to the season, pre-season practices helped create a community of both friends and players. As a result, the team’s energy is unmatched on the field when everyone works together to win. With a couple girls coming back from injury, the team hopes to fight hard and finish the season strong. The perseverance of the Girls Lacrosse Team is extremely impressive, the end of the season as well as CSS will be a testament of all their hard work.