Scroll to the bottom to check out Kim's season highlights! 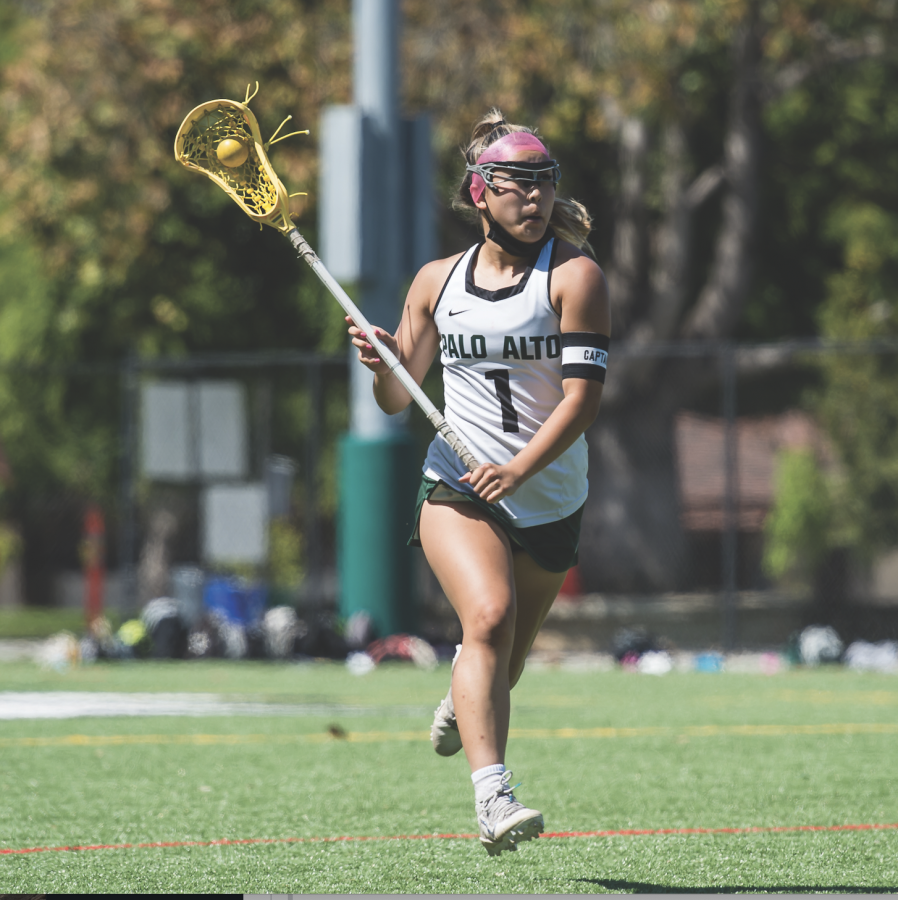 This year’s Girl Upperclassman of the Year, Phoebe Kim, has got it all when it comes to sports. Her extensive passion and dedication towards athletics in the past few years have allowed her to excel in multiple varsity level sports here at Paly.

All sport seasons had to be cut short due to the pandemic this year, which was upsetting news for many Paly athletes. However, Kim took advantage of this new schedule and decided to play on three separate varsity teams, despite their occasional overlaps. The ambitious athlete took on varsity lacrosse, field hockey and soccer simultaneously, and has earned a starting spot for two out of the three sports.

“With the devastating news of last year’s spring sports being cancelled and this fall and winter sports being a season delayed, I decided to make the most of my opportunities and to play all three sports that were mashed into one shortened season,” Kim said. “I never wanted to take athletics for granted again after the pandemic hit.”

“I’m so excited to fulfil my long time dream of attending Stanford University and playing for their amazing coaching staff,” Kim said. “I have always walked across the road after my own lacrosse games to watch their games and to cheer them on.”

Kim is making the most of her limited time on the Paly lacrosse field. Most recently, the girls earned their first victory over Los Gatos in three years, where Kim contributed five goals and three assists in an 8-7 win over the Cats.

“My freshman year we lost to the Cats in a very close game at the SCVAL championship and beating them this year in a well-matched game was really fun and something that I will remember forever,” Kim said.

She also contributed seven goals and three assists in a 12-6 win over Menlo-Atherton this season. In large part due to her strong play, the girls remain undefeated so far.

Kim’s inspiration sprouts from her competitive nature. The thrill of success always leaves her longing for more in every sport she plays.

“Caring about competition is something that has majorly contributed to my successes in my sports career,” Kim said. “I love to win and I hate to lose.”

Consistency and teamwork are crucial qualities in a great athlete, and Kim thrives in those departments. Her teammates can always count on her to take home the win. Her reliability and determination carries through to all other sports she decides to take on.

Kim’s second sport is field hockey, which was the first compressed season Kim played this year. The team dominated the competition and emerged undefeated in the league, having lost only to Los Altos in an out of league game. Kim played a significant role in obtaining that perfect record, as she started every game of the season. A major triumph of this season was their first win over Homestead, where Kim scored the game tying goal and assisted the winning goal.

“We have never beaten Homestead before this year.” she said. “This season, we beat them twice.”

Even though balancing multiple sport seasons and school work may be a great challenge for most, Kim never misses a beat. When multiple seasons overlapped at times this year, Kim found that the coaches were very understanding and flexible.

Because of her busy schedule with field hockey, Kim joined the soccer season a bit later than it had started, shortening the season even more.

“It was a really short season, but still a great experience nevertheless,” Kim said. “I enjoyed my time spent playing with the team.”

In every sport Kim plays, she brings something special to the team. As a team captain in lacrosse and field hockey, she always sets a good example for her teammates and keeps the energy high during games and in practice.

Being on a team is like having a second family for Kim, and she values time spent playing and hanging out with the other players.

“My teammates are my best friends off the field and we love to celebrate big wins together,” Kim said.

“We each have special connections with one another and it’s evident on the field with our quick transitions and our ability to thread the needle and score clutch goals.”

Kim looks forward to continuing playing her favorite sports next year as a senior.

Choosing only one female athlete for this award is always a tough decision due to all of the accomplished athletes at Paly. Lulu Gaither, a senior, is one of those strong athletes. This year, Gaither played on the varsity water polo team as a driver as well as varsity lacrosse as a midfielder. She was grateful to be able to play on two separate teams in her last few months at Paly and get back in the old grind after almost two years of not being able to play either sport. 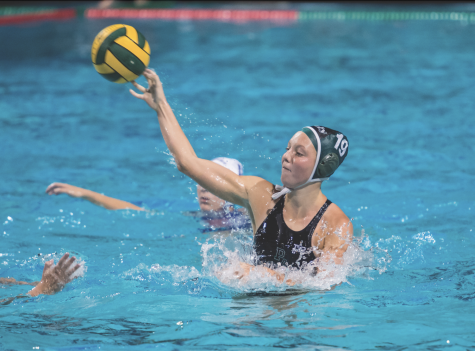 “A silver lining after this season was that we were able to get some closure,” Gaither said. “I never expected to have a season at all this year so I’m super thankful we were able to make that happen and finish senior year on a good note.”

After graduating, Gaither looks forward to attending Pitzer College, where she will continue to play water polo and make great memories with her team.