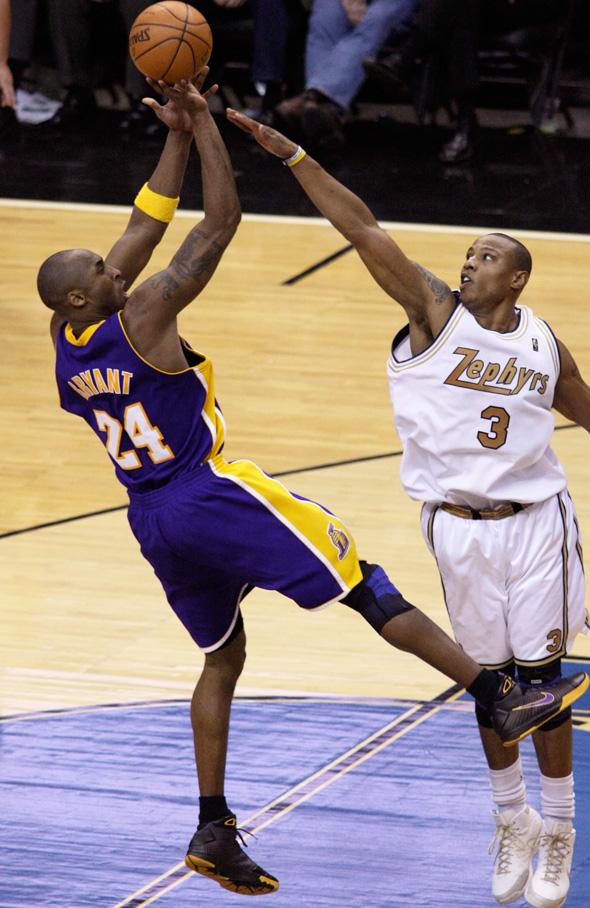 Bryant is shooting his signature shot over a defender.

On November 29, National Basketball Association (NBA) superstar and Los Angeles Laker legend, Kobe Bryant, announced his retirement from the NBA after this season in a poem titled, “Dear Basketball.” The poem, which was first published in the Players’ Tribune, thanks basketball for helping Bryant become the man he is, and describes how his body has worn down too much for him to keep playing.

Bryant’s illustrious career began when he was selected 13th overall by the Charlotte Hornets, but he was quickly traded to the Los Angeles Lakers.  Since then, Bryant has won five NBA championships for the Lakers, appeared in 17 All-Star Games, and is ranked 3rd all-time in points scored. His impact off the court has been very beneficial to the league. Worldwide, but especially in China, he is one of the most popular players, which has helped expand the sport of basketball.

Recently, Bryant has struggled with injuries, which have plagued him for most of the past two seasons. Luckily, he has managed to stay healthy so far this year, however, the Lakers are sitting at a mere 3-16 on the season. Additionally, in the last few years, Bryant’s overall performance has declined since previous seasons. With little chance of making the playoffs, Bryant will begin his farewell tour.

The Viking Magazine would like to salute Kobe Bryant for his long and successful career, and thank him for all that he gave to the sport of basketball.